While we’ve been enjoying our (decidedly less fancy) Apple Watch units for a couple of weeks now (check out Gary’s first impressions here and Nick’s review here), the brave and bold fanatics that pre-ordered the Apple Watch with Link Bracelet have had their units stuck in ‘Processing’ for more than a month at this point. 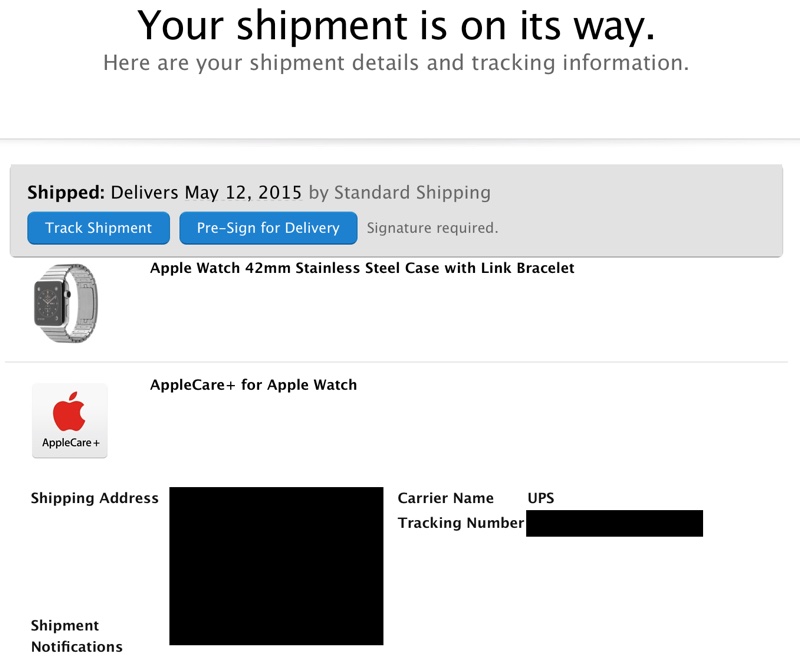 We’ve still seen no movement on the Space Black Apple Watch units, and certain bands (like the Modern Buckle) are nowhere to be seen. In any case, after having my Apple Watch Sport since April 24th, I can’t imagine what everyone who’s still waiting for their unit (or any units of the configuration that they ordered to be shipped) must be going through.

Which Apple Watch did you order? Have you received a shipping notification yet? What are your thoughts on the watch so far? Be sure to let us know in the comments below.