Apple overtook all wearables manufacturers in the second calendar quarter of 2015, as it shipped 4.2 million Apple Watch units worldwide, Canalys estimates. While the market research company doesn’t go into details (we’ve reached out to them and will update the article accordingly), what we know so far is that vendors shipped a total of 11.4 million wearables in Q1 2015, according to IDC’s June estimate. 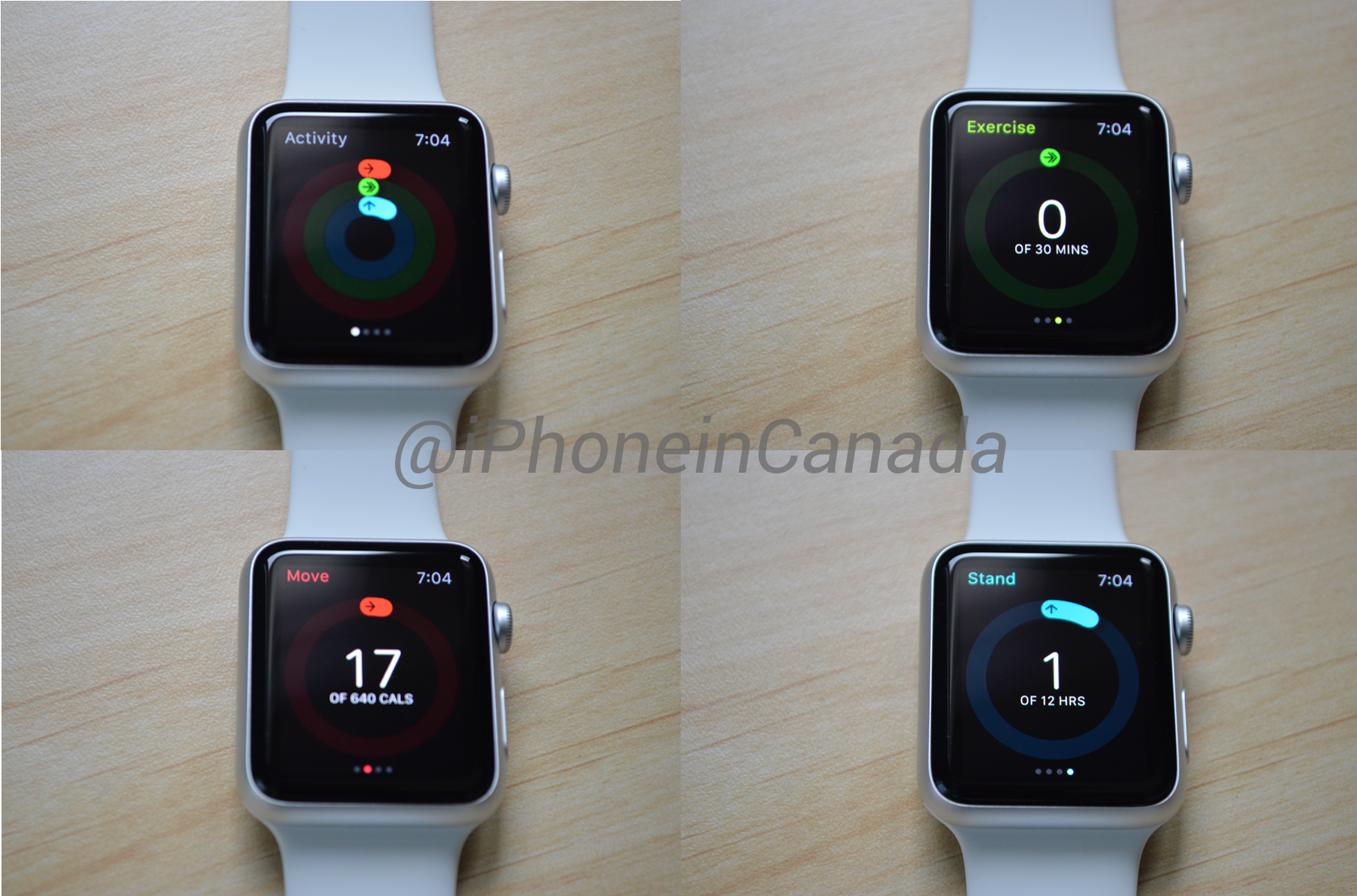 The IDC data doesn’t include the Apple Watch – it wasn’t available at the time – but it does offer a great overview of the status of the players: Fitbit leads the list with 3.9 million units shipped in the first quarter, followed by Xiaomi with 2.8 million units, Garmin third with 0.7 million, Samsung fourth with 0.6 million, and finally Jawbone with 0.5 million units shipped worldwide.

Canalys’ 4.2 million Apple Watch units estimate would place Apple at the top of the list, although we are missing the latest numbers from the aforementioned players.

‘The Apple Watch is the most sophisticated smart watch to date, and it has proved popular with Apple fans worldwide. But Apple and other vendors still face important challenges to make the smart watch a breakout hit. Improvements in performance, battery life and sensor integration are needed to make future models more attractive, but it is the quality of third-party apps that will determine whether the Apple Watch will be a long-term success,’ said Chris Jones, VP and Principal Analyst at Canalys.

It is interesting to note that the Canalys estimate is much higher than the analyst consensus of 2.5–3 million Apple Watch units sold during the first three months of availability. You may recall that Apple included that device in the “others” category, which generated $2.6 billion in revenue during the quarter.

Since a year ago, that category has generated $1.7 billion in sales, and Apple execs have said Watch sales accounted for well over 100% of the growth in that category. Dan Frommer of Quartz estimates Apple Watch revenue to be somewhere between $1 billion and $1.5 billion, and as Apple hasn’t shared average sale prices, he uses the $500 and $600 price to get roughly 2–3 million units, which is line with Munster’s 2.5 million estimate. 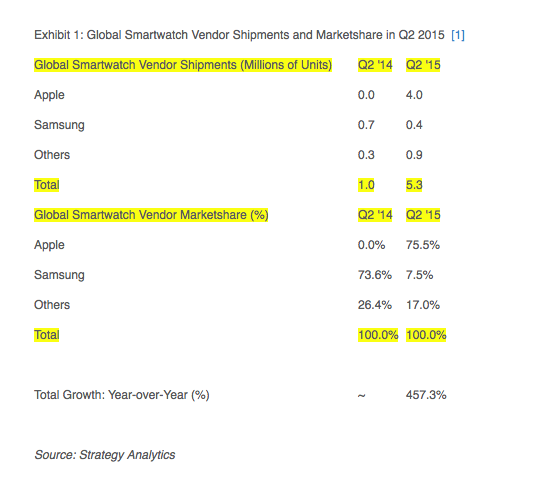 Neil Mawston, Executive Director at Strategy Analytics, says Apple shipped 4 million units in the first three months of availability. This compares to 0.4 million smartwatches shipped by Samsung, which is down from 0.7 million reported a year ago.

The market research company estimates an impressive 457% growth in global smartwatch shipments from 1 million units in Q2 2014 to 5.3 million in Q2 2015.