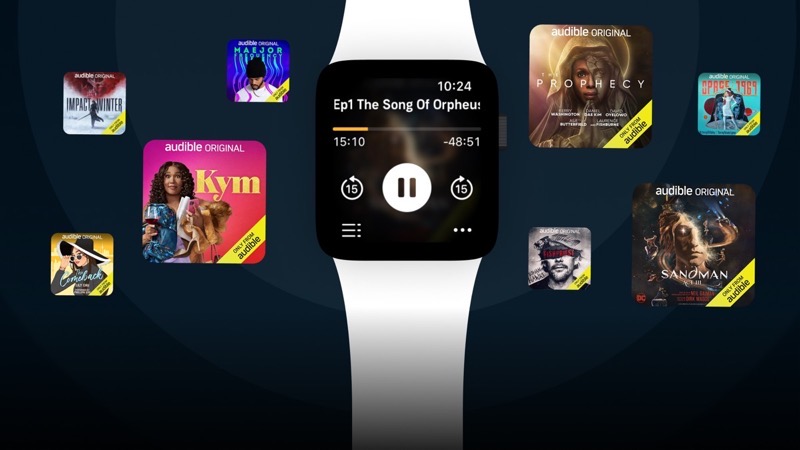 “Whether heading out for a run, hitting the gym, walking the dog, or just stepping outside without your phone, it’s easier than ever to take Audible anywhere with Apple Watch,” said a spokesperson in an emailed statement to iPhone in Canada.

Starting today, you can now listen to Audible without having to sync with your iPhone. Listeners just need to tap on any Audible title in their Apple Watch to start listening, while simultaneous downloading will occur in the background for offline listening.

The new Audible Apple Watch update as of today brings the following features, according to a spokesperson:

Right now, there’s an Audible promo offering $5.95/month for 3 months—click here to check it out.

There’s a major Black Friday deal coming from Sport Chek that is offering up 50x back in Canadian Tire Money, when you buy an Apple Watch from November 24 to December 7, 2022. These bonus CT Money events coupled with Apple Watch are the best time to purchase one of the latter, as you’ll get […]
IIC Deals
5 days ago