The new BOOST↑CHARGE PRO 3-in-1 is built to wirelessly charge your iPhone (13 or 12), Apple Watch Series 7, and AirPods at the same time with fast and efficient speeds. The charging pad features Apple’s MagSafe technology, is compatible with MagSafe iPhone cases, and comes with an adjustable module for the Apple Watch to accommodate any case size and allow for the watch to be oriented flat or in Nightstand mode. 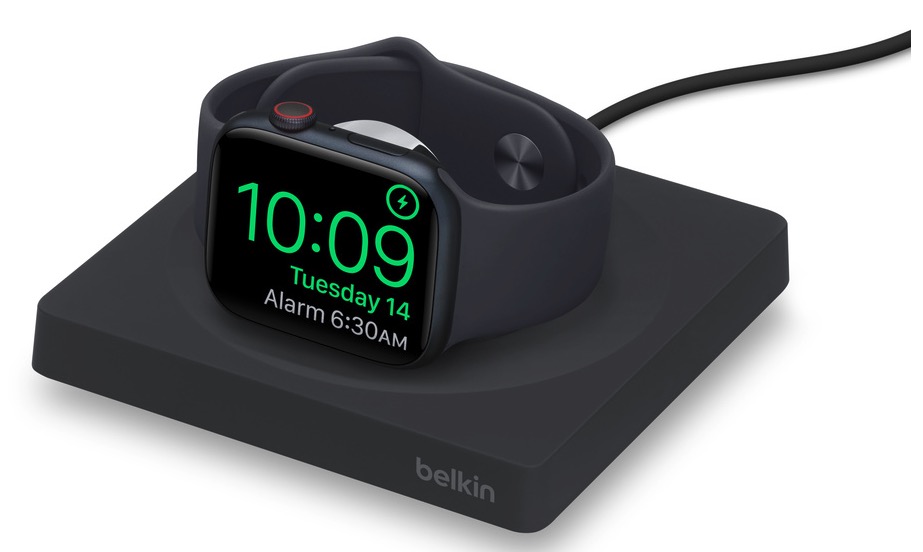 Features a new magnetic fast charging module that can be adjusted to allow for your Apple Watch to be oriented flat, or in Nightstand mode. The module is compatible with both of the new Apple Watch case sizes. The BOOST↑CHARGE Pro Portable is powered by a 3.9′ (1.2m), non-removable USB-C cable and doesn’t come with a power adapter.

Both products also work with previous generations of the Apple Watch, but charge them at standard speeds.