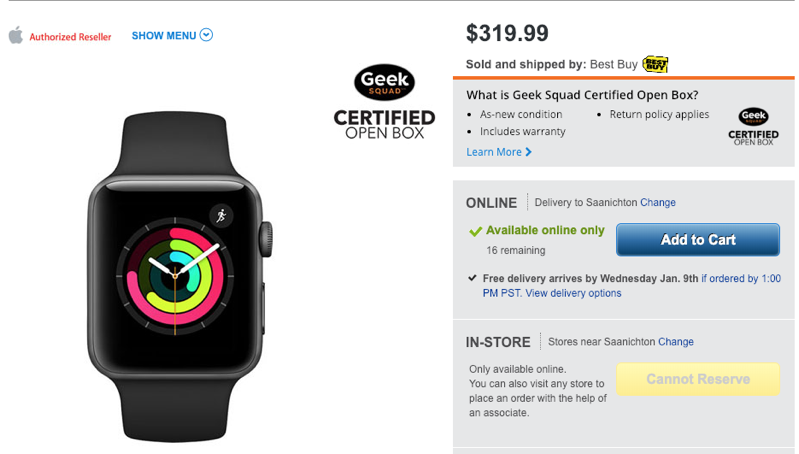 According to Best Buy, these open box models are “thoroughly tested and verified to be in as-new condition”, while including full warranty and accessories.

Right now, you can get an open box 42mm Apple Watch Series 3 GPS in Space Grey Aluminium with Sport Band for $319.99, saving you $89.01 versus buying brand new from Apple.ca.

These open box models are only available online on Best Buy’s website and as of writing, there are only a handful remaining of each model.

If you’re an RBC Rewards member, right now they have 25% off select Apple Watch models until January 20th.

Apple today lifted its press embargo on Apple Watch Ultra, the company's biggest and most powerful smartwatch to date, just a couple of days ahead of its September 23 launch. Some media outlets had been given early access to the $1,099 wearable, so both written and video reviews for Apple Watch Ultra have started piling...
Nehal Malik
19 hours ago

If you pre-ordered an Apple Watch Ultra last week, the first orders have now moved to the ‘Preparing to Ship’ phase, ahead of the new smartwatch’s launch on Friday, September 23, 2022. The Apple Watch Ultra is the company’s “most rugged and capable Apple Watch ever.” The new smartphone has “a robust titanium case, precision […]
Gary Ng
6 days ago