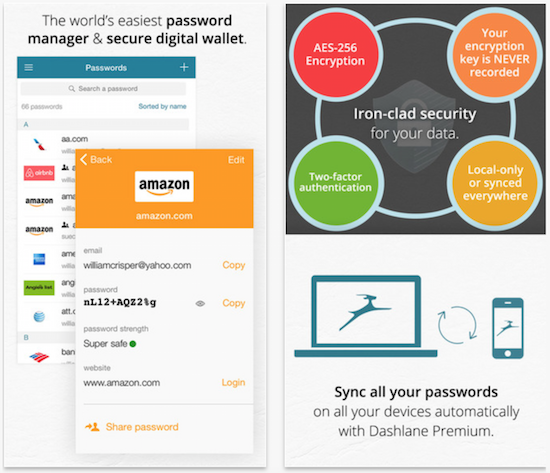 Last year, Dashlane introduced Password Changer for Macs and PCs that allowed users to change multiple passwords into strong, hack-proof passwords with just a tap and today, they have released the Password Changer app for iPhone as well as for the Apple Watch. Currently, Password Changer is the only password manager in the world that offers this exclusive feature, and with the new iPhone and Apple Watch apps, this time-saving security feature is now at your fingertips.

Our first ever Apple Watch app and the next evolution of our iPhone app have been conceived to make password and identity security second nature for you. In addition to enabling instant password security with Password Changer, the new app offers:

Faster access to online accounts. Copy a password to your iPhone from your Apple Watch to login to accounts without ever leaving the app or site.

Faster access to everything. Voice search for secure notes allows you to see anything from your alarm code to your locker combination without taking out your iPhone.