For fans of Domino’s Pizza, you can now place orders from your Apple Watch, as the company updated the app yesterday to bring new powers to your wrist. Never again will you be forced to reach into your pocket for your iPhone to place an order, as you can now “tap to reorder your Easy Order”. 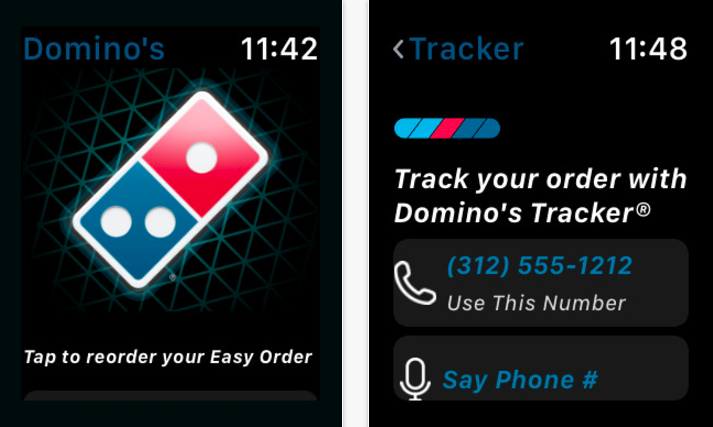 The Domino’s Pizza app supports both English and French, displaying the proper language setting automatically based on your phone’s settings. It will let users order pizza online from over 410 locations, coast to coast, while the app itself supports Apple Pay for in-app payments (update: Looks like Apple Pay in-app payments was removed at some point, as it’s no longer available).

The Apple Watch app gained pizza tracking back in April of 2016.

Despite the app’s ability to track your pizza order in real-time, it still needs to be updated for iPhone 6 displays or newer, according to reviews in iTunes, which average 4.5 out of 5 stars, from 7100 ratings.