Rapper Ludacris showed off his custom diamond-encrusted Apple Watch Sport (what, no Edition?!) at the 2015 Teen Choice Awards last night.

His Apple Watch Sport with white band shows a new diamond bezel, which was made by his jeweller Ice Box Jewelry, which he plugged on Instagram. Looking at the images below, it looks like a frame of diamonds was just glued onto the watch? 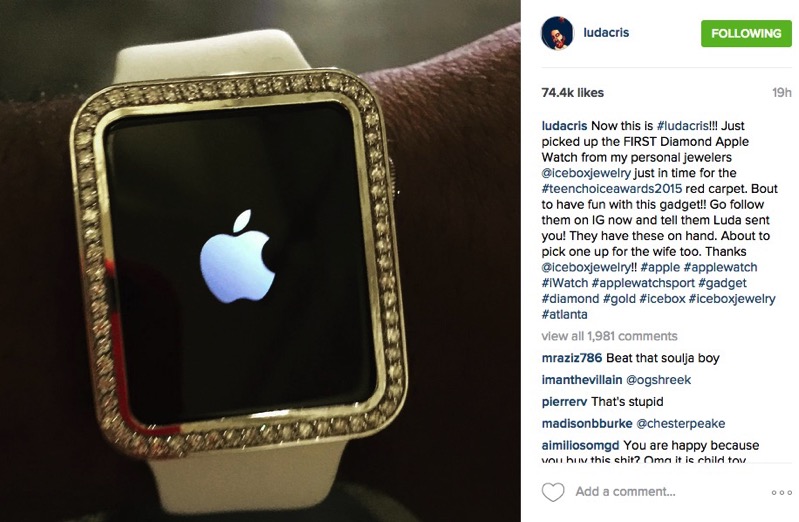 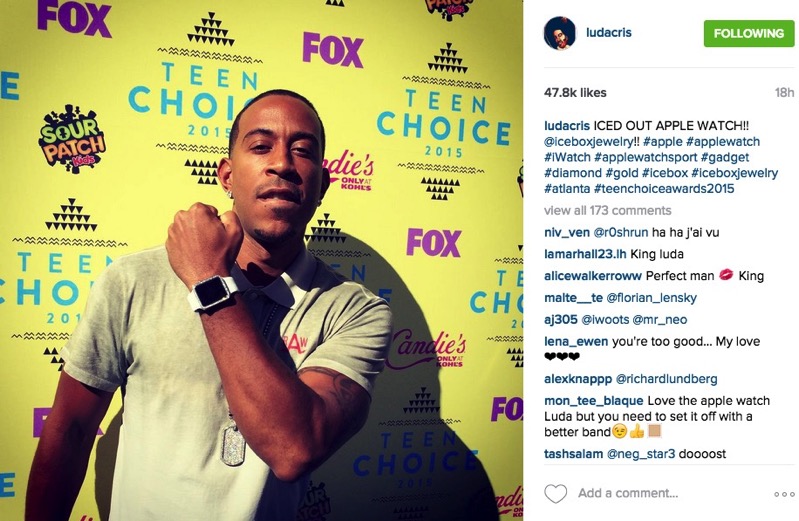 Ludacris most likely saw other celebrities touting their own custom gold Apple Watches but probably wanted to take his to another level. When I move you move, just like that, right?