Apple has made the (PRODUCT)RED Solo Loop & Braided Solo Loop bands available for order via its online store. 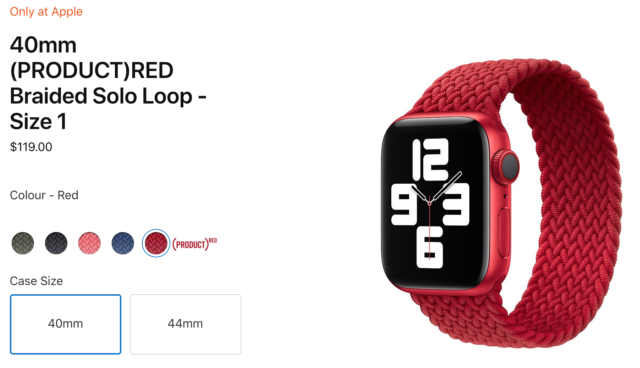 Announced alongside Apple Watch Series 6 and Apple Watch SE, the new bands were made available at the same time as the new wearables. However, the (PRODUCT)RED model was nowhere to be seen, until now.

Apple began selling PRODUCT(RED) versions of many of its products more than a decade ago. Since the company started offering PRODUCT(RED) gear, Apple has raised millions of dollars to fight HIV/AIDS in African countries.

Amazon Canada’s early Black Friday deals right now also include a variety of Apple products as part of the sale, including Apple Watch, Beats Studio Buds, MacBook Air and Pro, iPad and more. Check out what’s on sale below right now in terms of Apple deals on Amazon Canada we’ve compiled for you: Up to […]
IIC Deals
4 days ago