For those collecting RBC Rewards, you can save 25% off select Apple Watch Sport models, which includes models with Apple’s latest woven nylon bands.

As you can see below, a 38mm Apple Watch Sport can be redeemed for 53,938 points, or a 42mm version for 63,448 points, which includes new band colours the company introduced at its recent special event: 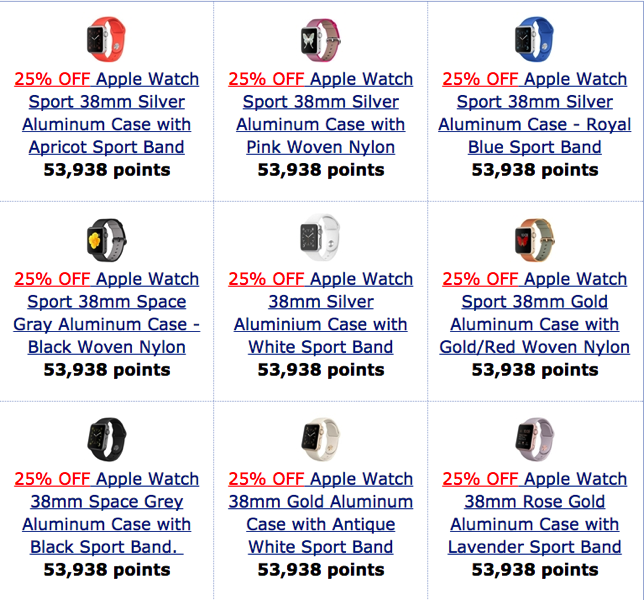 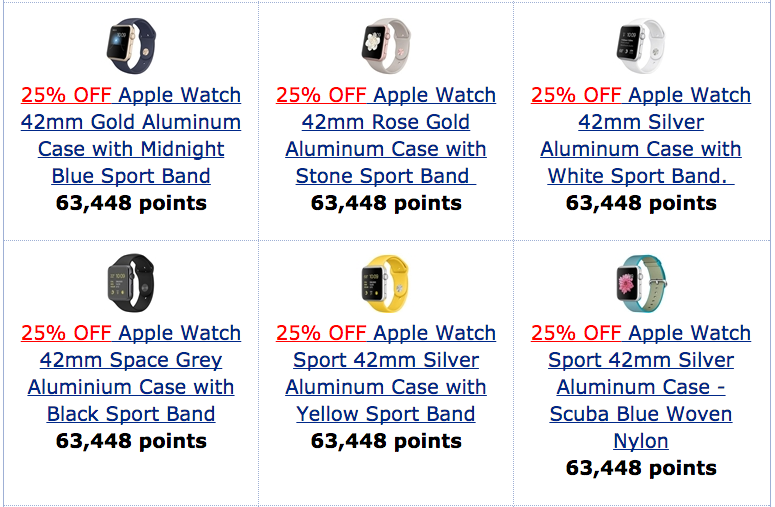 While the promo is not as good as the 35% off last November for a Space Grey 42mm Apple Watch Sport (47,850 points), it’s decent since there are so many options available for 25% off, which includes the latest Apple Watch Sport colours and bands.

The inclusion of these new Apple Watch bands and colours is part of an earlier announcement in January from RBC Rewards, which said it would expand its Apple product line up to include new items available on launch day, along with iPhones, Macs and more.

Let us know if you’re going to jump on this–check out the RBC Rewards page here!