It was no secret Spotify was testing an Apple Watch app, as beta testers quickly leaked screenshots. Now, we have the official details, as Spotify has announced its new Apple Watch app will be rolling out this week:

We’re constantly on the go—whether bouncing between the gym, work, school, errands, or just chilling—and our smartwatches are the tool to help keep us up to speed. Today, Spotify is introducing a new app for the Apple Watch, giving you the ability to seamlessly access and control your favorite music and podcasts without missing a beat. 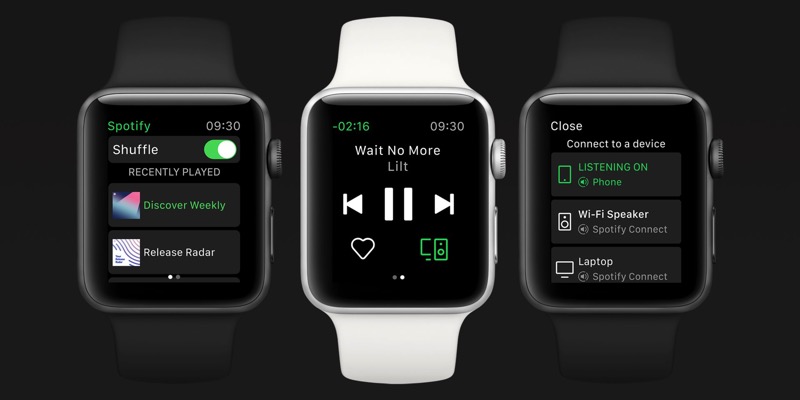 Spotify says its new Apple Watch will enjoy “an improved experience with better control and the ability to seamlessly connect to your speakers or devices.”

The new Apple Watch app will let users play music, skip tracks, easily rewind 15 seconds, plus let you connect to speakers and devices with Spotify Connect. Users will also get to easily access recently played songs, plus favourite new ones to save it to their collection.

The company says it has future plans to allow offline listening for your music and podcasts, a highly requested feature.

Spotify says their Apple Watch app will be rolling out “over the coming week”, and users should keep an eye out for version 8.4.79 of Spotify in the App Store–which is already available for Canadians.

Update: The Spotify Apple Watch app is now available in Canada–click here to download it.