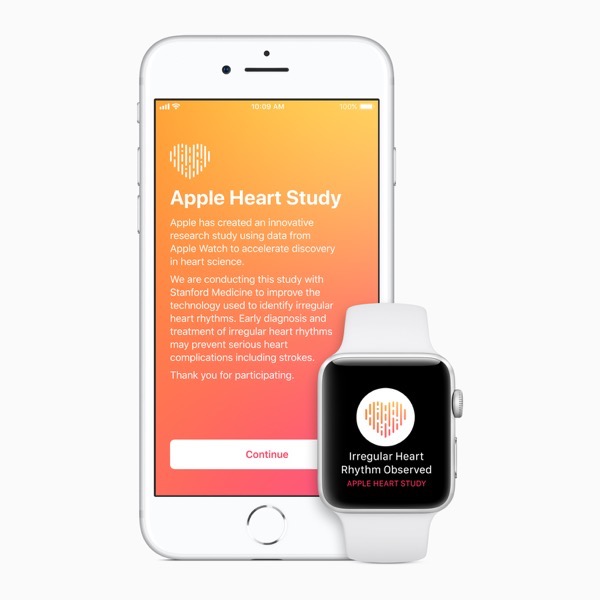 Apple and Stanford Medicine today have announced the results of the latter’s Apple Heart Study, which is “the largest study ever of its kind, which enrolled over 400,000 participants from all 50 states in a span of only eight months.”

The study’s purpose was to look at the irregular rhythm notification feature of the Apple Watch, which checks continuously in the background for irregular heart rhythms, which could hint at atrial fibrillation (AFib):

As part of the study, if an irregular heart rhythm was identified, participants received a notification on their Apple Watch and iPhone, a telehealth consultation with a doctor and an electrocardiogram (ECG) patch for additional monitoring.

“We are proud to work with Stanford Medicine as they conduct this important research and look forward to learning more about the impact of Apple Watch alongside the medical community,” said Jeff Williams, Apple’s COO, in a statement. “We hope consumers will continue to gain useful and actionable information about their heart health through Apple Watch.”

The results were released today by Stanford Medicine researchers at the American College of Cardiology’s 68th Annual Scientific Session and Expo. Some key findings:

Sumbul Desai, MD, Apple’s vice president of Health said “Seeing medical research reflect what we’re hearing from consumers is positive and we’re excited to see Apple Watch helping even more consumers in the future while collaborating with the medical community to further research.”

Apple Watch Series 4 can perform an EKG, however, the feature is not available in Canada yet.