In line with a previous report and announcement, TELUS has launched sales of the Apple Watch at select retail locations and online.

Right now, users will find 38mm and 42mm versions of the Sport model in various colours (including new Rose Gold and Gold), plus 38mm and 42mm stainless steel models with Sport Band: 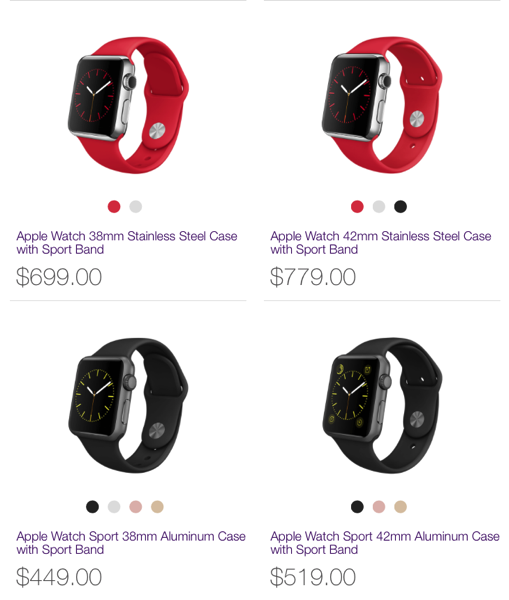 Purchasing an Apple Watch from TELUS is more about convenience, as the prices are the same from Apple. You will still have the standard one-year warranty, but you’ll just lack the Apple retail store experience, if that really matters to you.