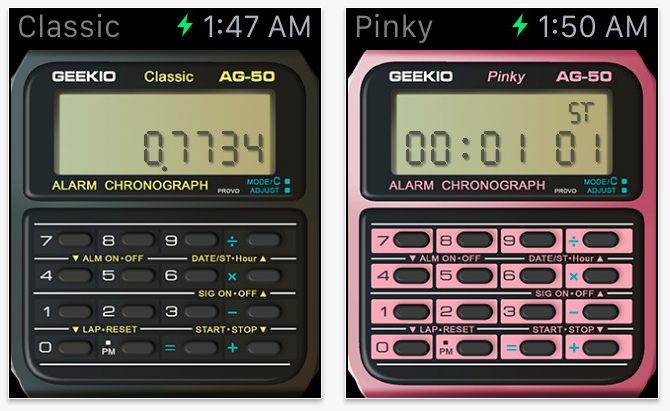 The app can’t replace your watch face yet, because developers have not been given the tools to do that yet. It will be interesting to see if Apple ever opens up a watch face SDK for developers, however, the company has not announced any official plans yet.GeekWatch is available for download from the Apple Store for $0.99. The app requires any device running iOS 8.2 or later and has been optimized for the iPhone 5, 6, and 6 Plus.