This morning Apple unleashed watchOS 2 for Apple Watch users. This highly anticipated update was originally scheduled to release last week with iOS 9, but was delayed due to a bug. So to everybody’s surprise, it was released today, and it appears the heavy initial demand is causing errors.

Our own update has not gone very smoothly, as we were greeted by the ‘Unable to Install’ error, which explains “an error occurred installing the latest version of watchOS on your Apple Watch.”

This popped up a couple times, and it took a few tries for the download to start again. We also at one point were greeted with the ‘watchOS 1.0.1’ screen which said ‘Your software is up to date’, which appeared to imply the update was pulled for a split second. 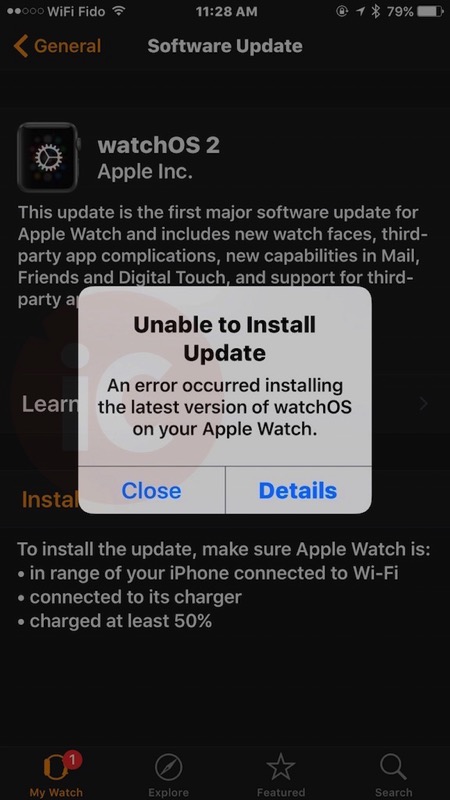 Anyways, right now the update has completed its ‘preparing’ stage and is back in its ‘verifying’ stage. I am sure it will install without any issues (after more attempts and endless waiting), but for those out there waiting and waiting, you may have better luck trying the update later on when Apple’s servers aren’t being crushed with heavy demand.

How has your watchOS 2 update gone so far?

Update: As many have suggested, rebooting your iPhone and Apple Watch may help. It worked for us!