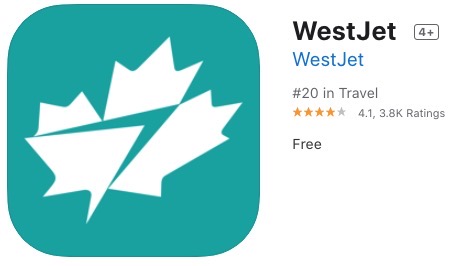 If you’re a fan of the WestJet Apple Watch app, it has disappeared from the App Store.

The Canadian airline’s app listing no longer mentions the Apple Watch app, which enabled customers to scan boarding passes from their wrist, check flight status and other details.

We are excited to confirm that we will be releasing our WestJet app for #AppleWatch soon. We look forward to sharing more details.

According to an iPhone in Canada reader, the WestJet app also disappeared from his Apple Watch and is no longer available for download.

The airline’s website still advertises the Apple Watch app. “Keep an eye on your wrist for features available to Apple Watch users. You can view real-time trip countdowns, access trip details, and view your flight status on upcoming trips.”

We’ve reached out to WestJet for clarification to see if indeed the Apple Watch app has been eliminated or not. If it has been axed, WestJet joins Air Canada is no longer supporting Apple Watch, as the latter also removed its app at some point in time.

While Canadians are flying less due to COVID-19, those that do require air travel on WestJet and have an Apple Watch lose the convenience of seeing flight status and boarding passes on their wearable.