How to Install Windows 95 on Apple Watch [VIDEO]

Remember the days of Windows 95? What comes to mind is the Rolling Stones and their ‘Start me up’ song from Microsoft’s promo video.

To bring back the glory days of Windows 95, developer Nick Lee has managed to install it on his Apple Watch. Why? We’re not sure, but it’s a pretty cool feat. 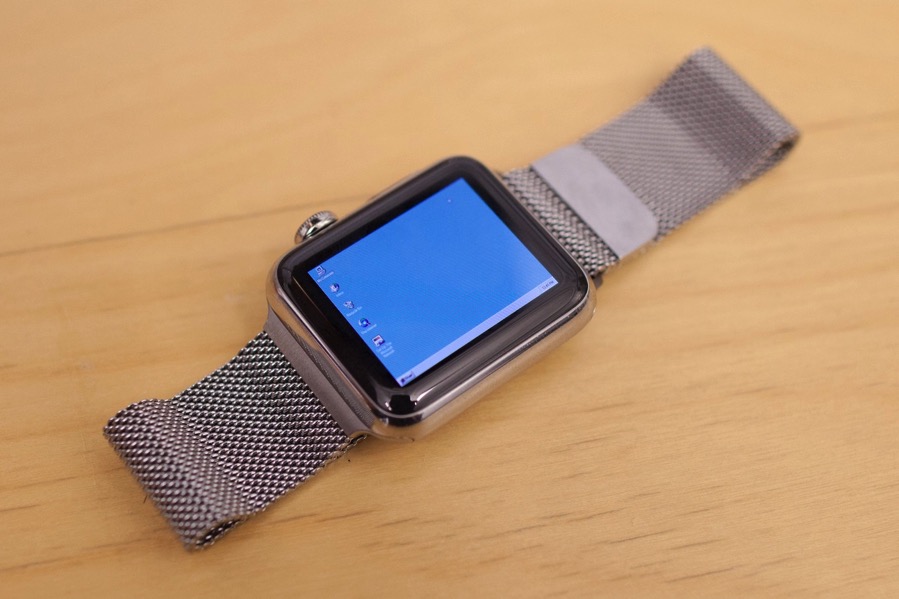 Here are the basic steps involved, as he explains in a post on Medium:

This is not unfamiliar territory for Lee, as he’s also previously ported Mac OS 7.5.5 to his Apple Watch:

The developer told The Verge he had to modify Apple’s Xcode in “rather unorthodox ways,” to make it happen.

Want to do it yourself? Lee has posted the code on GitHub here. Grab a six pack of Red Bull, head down to the basement and get started.

With the launch of Apple Watch Series 8, deals on the previous Series 7 are now available. Amazon Canada has cut the price of the Apple Watch Series 7 by $100 off for the smaller 41mm version, down to $429.99. This is for the Starlight aluminium case with Starlight Sport Band. The same price is […]
IIC Deals
1 hour ago