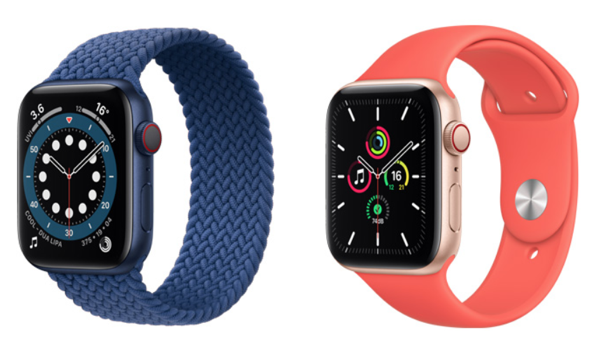 More than 100 million consumers around the globe are estimated to own and wear an Apple Watch. Since first launching on April 24th, 2015, it took Apple nearly six years but it’s now reached and exceeded the monumental milestone, according to stats compiled by Avalon‘s Neil Cybart.

Although the Apple Watch has been on the market for over five years, the trajectory of its install base has been more tepid than Apple’s leading iPhone line. Cybart notes that the install base has risen in a way that has not been constant nor steady over the years. Cybart’s estimated figures show a boost of 30 million in wearers in 2020, a figure that almost outpaced 2015, 2016, and 2017 combined. 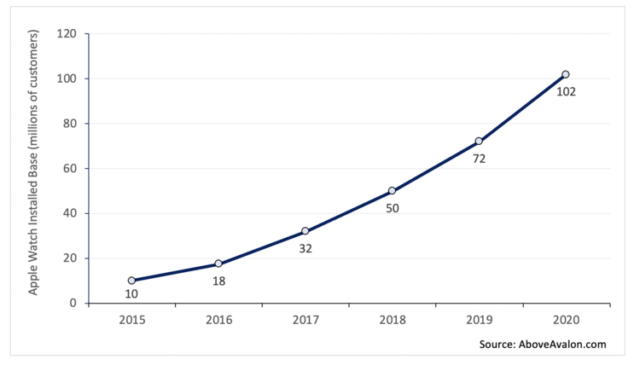 Furthermore, Cybart analyzed the adoption rate directly compared to iPhone users. Given that an iPhone is intrinsic to using an Apple Watch, he wanted to gauge the two install bases. Of course, there are a few exceptions to the rule, including Apple’s Family Setup. However, according to his findings, Cybart estimates that by the end of 2020, roughly 10 percent of iPhone users had an Apple Watch. Cybart also estimated US-specific figures. Since the company has a very large presence in the country compared to globally, Cybart factors that 35 percent of iPhone users own and wear an Apple Watch in the US. 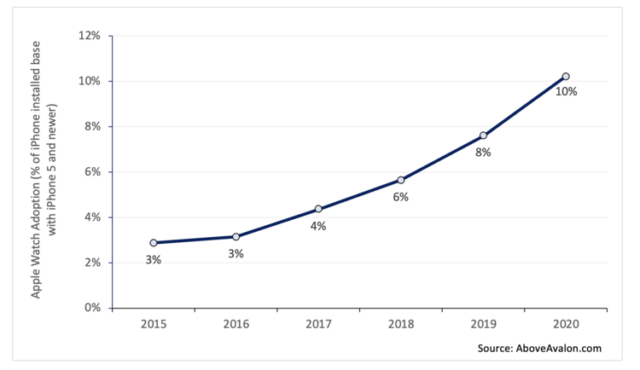 Currently, with an install base of just over 100 million, Apple Watch sits as Apple’s fourth-largest product. Ahead of it is of course the iPhone with the iPad and Mac sitting at the second and third place spot respectively. However, as noted by Cybart and Avalon’s stats, the trajectory of sales could see the Apple Watch overtake Mac by 2022.

When looking forward, Cybart states that Apple’s best course of action when it comes to the Apple Watch is making the product truly independent from the iPhone. Allowing it to be its own standalone product, Cybart believes that it could allow the wearable to grow its market by “2.5x overnight”.

Fresh off the heels of the launch of Apple's HomePod (2nd-Gen), TF International Securities' Apple analyst Ming-Chi Kuo believes a successor to the HomePod mini 2 could be on its way. In a tweet thread surrounding Apple supplier Goertek, Kuo discussed that the Weifang-based components company has "secured NPI and assembly orders" for the ‌HomePod mini‌...
Steve Vegvari
6 hours ago