How to Create a macOS Ventura USB Installer [VIDEO]

Apple on Monday started rolling out macOS 13.0 Ventura, which brings heaps of improvements and new features to compatible Mac machines. The company unveiled macOS 13 at its Worldwide Developer Conference (WWDC) event back in June. You can update to macOS Ventura using the Software Update utility on your Mac. If you want to want to...
Nehal Malik
2 months ago

Is Facebook’s Instagram app not working on your iPhone? If that’s the case, a fix has been released by Meta for its social network. On Wednesday afternoon, Instagram announced, “we fixed an issue that caused some people on iOS to have trouble accessing Instagram.” The company went on to say, “the fix should now be […]
Gary Ng
2 months ago

Netflix has announced today they are rolling out the ability to great game handles, which are public usernames that can be used across the company’s slate of mobile games on iOS and Android. Supported games will have leaderboards such as Rival Pirates, Dominoes Café and Lucky Luna. How to create your Netflix game handle? It’s […]
Gary Ng
2 months ago

Apple has released a new video tutorial explaining how to track AFib History on your Apple Watch. “Atrial fibrillation (AFib) is a type of irregular heart rhythm where the upper chambers of the heart beat out of sync with the lower chambers,” explains Apple. CDC data shows roughly, “2% of people younger than 65 years […]
Gary Ng
3 months ago

Some iPhone 14 Pro and iPhone 14 Pro Max users are facing an issue where their phones become unresponsive after transferring data from an older iPhone — reports MacRumors. According to the publication, Apple said in an internal memo that it is "aware of this issue happening and is investigating." This issue is particularly prevalent...
Nehal Malik
3 months ago

If you’ve just created a new iPhone backup using Apple’s iCloud, here’s how to transfer data to your new iPhone 14 or iPhone 14 Pro using iCloud. iCloud backups are easy to use as they allow iPhone customers to restore from a backup without the need for a Mac or PC. All you need is […]
Gary Ng
3 months ago 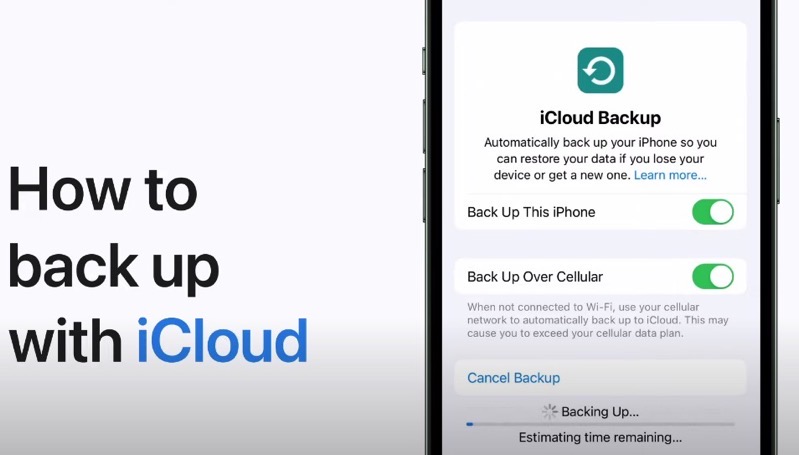 How to Back Up Your iPhone to iCloud [VIDEO]

If you’ve taken delivery of your precious new iPhone 14 or iPhone Pro today, then you’ll likely be transferring data from your old iPhone to your new device. One tip before you get started is to ensure you always have a fresh iPhone backup to iCloud. You can set up your new iPhone using Apple’s […]
Gary Ng
3 months ago

How to Recover Deleted Messages on your iPhone [VIDEO]