Are 3 Year Wireless Contracts Set to Disappear in Canada?

Canada is a special place. Why? Because when it comes to subsidies on the latest smartphones, our wireless contracts are three years compared to just two in the USA and other countries around the world.

With the CRTC recently announcing the results of their wireless code consultation, the results showed the top 100 ‘liked’ comment was related to 36 month contracts:

Canadian journalist Peter Nowak writes wireless carriers have long argued three year contracts are necessary here due to our smaller market, but the reality is Canada’s has the second highest average revenue per user (ARPU) in the world (via chetansharma.com): 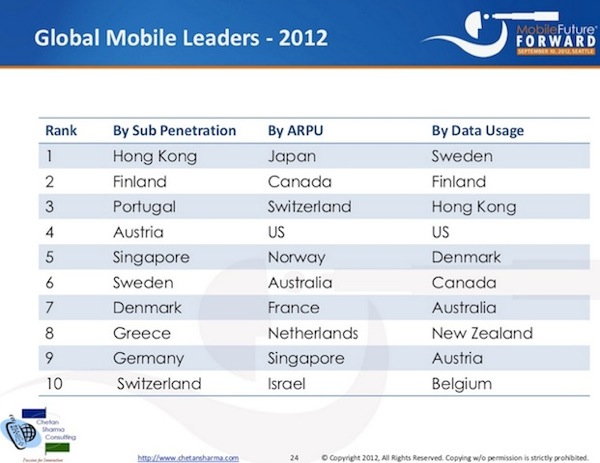 If a smaller market such as Australia is able to get by with two year contracts, why can’t Canada?

Nowak argues the three year contract is pretty much dead, as carriers will make adjustments to two year contracts before any regulations kick in:

With further public hearings on the upcoming wireless rules set for February, it’s a safe bet that three-year contracts are now an endangered species. The carriers, as they always do when faced with the likelihood of new regulation, will soon make a big dog-and-pony show about “listening to customers” and voluntarily drop down to two-year commitments ahead of any rules being instituted. The pool is officially open on which will be the first to do it, and we’ll know it’s official and symbolic when it’s applied to the iPhone.

Of course, voluntary action is no substitute for rules. Three-year contracts may be going away, but they’ll only stay away if they’re prevented from coming back.

What do you think? Will the CRTC be able to make the three year contract disappear? Or will carriers voluntarily do first?

The Canadian Radio-television and Telecommunications Commission, the country’s broadcasting and telecommunications regulator, announced on Monday morning its website and phone lines are down for the count, in what appears to be an unscheduled outage. “Please note that our website, its related applications and phone lines are temporarily unavailable, we will update you as soon as […]
Gary Ng
4 hours ago