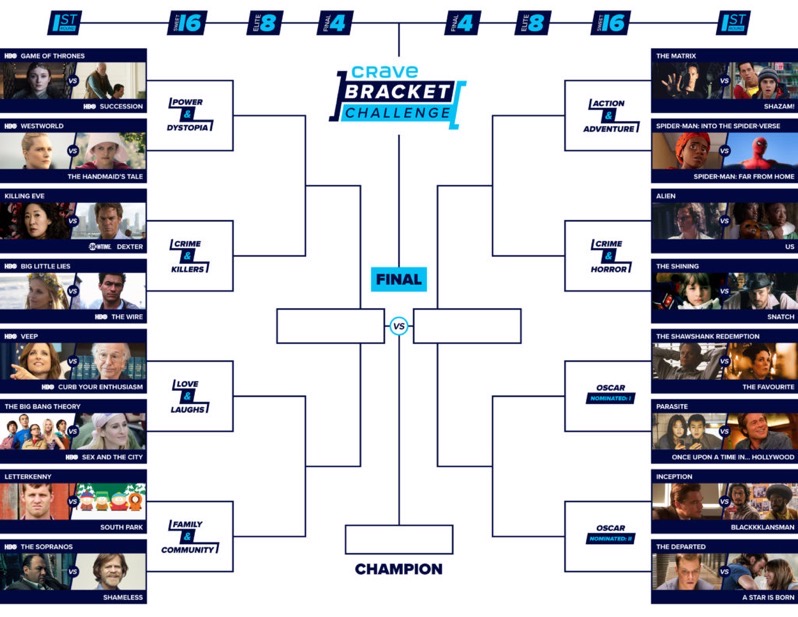 Bell Media is set to launch a contest called the Crave Bracket Challenge, starting on Thursday, March 26, on the site’s Instagram account (@CraveCanada).

Users can fill out their own brackets then see how their picks do based on daily voting on the Crave Instagram account’s Stories. The winning TV show or movie will be revealed on Monday, April 6.

The bracket challenge from Crave is supposed to simulate picks sports fans would be making for NCAA March Madness, but with the COVID-19 pandemic, live sports have been put on hold. If you’re bored and trapped at home, this might keep you busy.