Canada’s Wireless Pricing for 20GB is Most Expensive in the World, Report Says 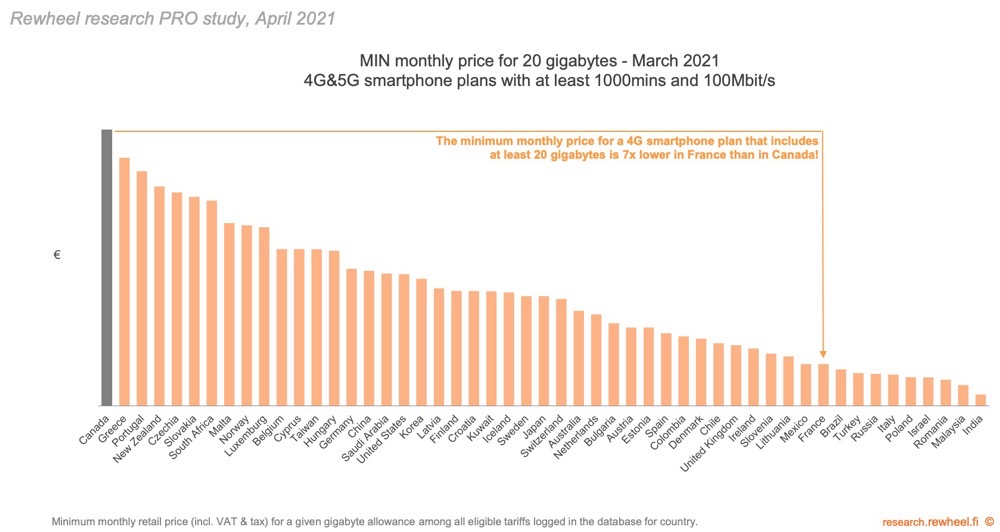 Finland-based Rewheel Research has released another wireless pricing report, this time focusing on the question, “Is Canada the most expensive wireless market in the world?”.

“Like many other independent research studies (e.g., Wall, FCC, OECD), we have consistently shown the last 5 years that Canada has among the highest monthly/gigabyte prices,” explains Rewheel’s April 2021 report.

Taking the recent Rogers-Shaw merger into consideration, Rewheel says if the deal were to proceed, it would “further concentrate retail market shares and most importantly consolidated probably beyond repair the network layer.”

Rewheel says for March 2021, Canadian wireless prices are “among the highest in the world and 3 to 14x higher than French prices.” 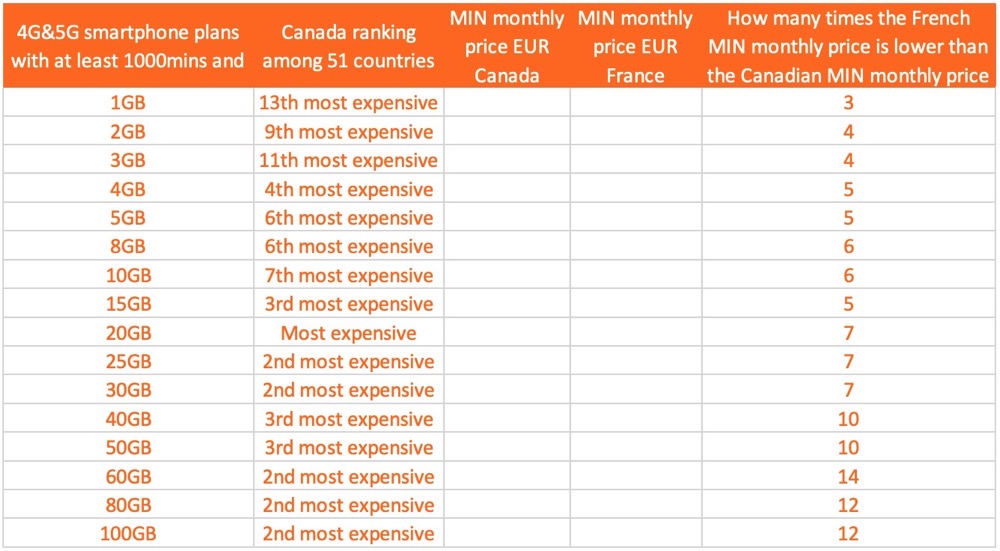 The chart above shows for a 20GB 4G or 5G data plan with at least 1,000 calling minutes, Canada ranks as the most expensive in the world, according to Rewheel.

As Rogers and Shaw try to defend their competition-killing merger proposal, @RewheelResearch has a new report that asks the fundamental question: Is the Canada the most expensive wireless country in the world? https://t.co/dUxwb9BKcs pic.twitter.com/8mzjvWCJRp

Rewheel later adds the Rogers-Shaw merger “will most likely significantly impede competition in the Canadian wireless market and result in higher prices and consumer harm.”