CRTC to Invest $20.5 Million for LTE Wireless Along Highways in 3 Provinces 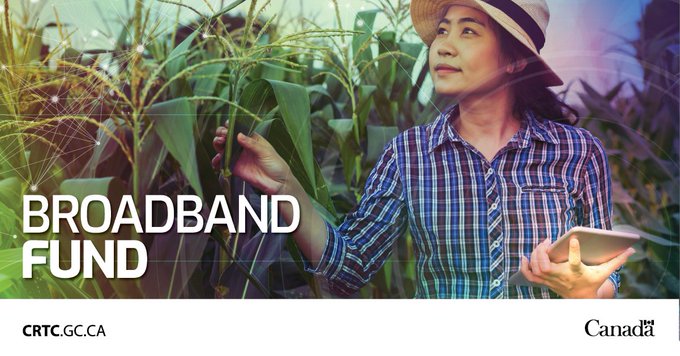 The Canadian Radio-television and Telecommunications Commission (CRTC) said it would spend up to $20.5 million from the Broadband Fund to expand LTE wireless along 425 kilometres of highways and roads in Manitoba, Quebec, and Newfoundland and Labrador.

The CRTC says the funds will “also support improved Internet and mobile wireless access that will benefit 2,250 households in 35 communities, including five Indigenous communities and one official language minority community,” in these three provinces.

The following telecoms won contracts from the federal government for the rollout:

The CRTC says construction will begin in late 2022 to early 2023 for these projects.

“Since the first funding announcement from the Broadband Fund in 2020, more communities, households, and roads have access to better and faster Internet and voice services. These services are an important part of Canada’s public safety infrastructure. We are proud that our Broadband Fund is assisting in connecting more people and making them feel safer on the road. The new projects announced today will benefit communities and areas where there is a great need for mobile wireless and broadband Internet access services,” said Ian Scott, Chairperson and CEO, CRTC, in a statement.

To date, the Broadband Fund has committed up to $226.5 million to improve broadband services for 205 communities, representing approximately 32,655 households, explains the CRTC.

The Commission for Complaints for Telecom-television Services (CCTS) on Monday published its 2021 Compliance Monitoring Report (CMR). Every year, the CCTS publishes a report to sum up the main areas of non-compliance by its participating service providers (PSPs) across Canada. According to its 2021 report, the CCTS received a total of 15,000 complaints against PSPs...
Nehal Malik
23 hours ago

Bells' President and CEO, Mirko Bibic, defended Canada's high prices for both wireless and fixed broadband internet in a recent interview with SaltWire. Bibic didn't shy away from the fact that Canada has some of the highest internet prices in the world. "Our prices are certainly not the lowest in the world and I’ll never...
Nehal Malik
6 days ago