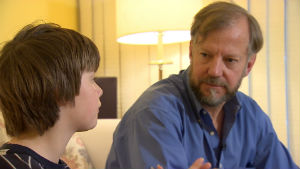 The CBC reports another case of Canadian carrier ‘bill shock’ has a Canadian family after a dad received a $22,000 data roaming bill from Fido. The massive bill was accrued after his 11 year old son streamed YouTube videos while roaming on a family vacation in Mexico.

“When I heard $22,000 and my son happened to hear $22,000, he went into a fetal position and was crying. It was just mind boggling for him,” said Matt Buie, who has an account with Fido, which is owned by Rogers.

Buie, a financial planner from Burnaby, took the extra steps to educate himself about roaming charges prior to his trip, with the Apple Store recommending he turn on Airplane Mode to avoid any excess charges. Unfortunately, his son, after getting sunburnt was allowed to play games and watch videos on his iPhone for three days, thus racking up a $22,000 bill from Fido.

“I made a mistake here — as his father — and he made a mistake. He turned off the airplane mode and was watching YouTube videos,” Buie said. “I should have taken the SIM card out… or not let him use the phone. That’s guilt that I have to live with. I clearly should have known better.”

Fido eventually sent a text to Buie, cutting off his data “for security reasons” and “excessively high” data charges. But up next came the actual amount of the bill–$22,000 from Fido for 700MB of data roaming, or what the Rogers website says would equate to 12 hours of YouTube.

Buie said Fido cut the bill to $2,200 but has been negotiating a lower bill. He says “it is gouging” for parent company Rogers to be charging these excessively high data amounts, since it is $20 in Mexico for the same amount and $40 in Canada.

According to research by the CBC, pay per use charges differ among Canadian carriers for 1MB of roaming data:

“I don’t think many Canadians would actually escalate this to the degree that I am doing here, but one of the reasons I am doing this is, this is just wrong and unfair business practices,” said Buie.

Buie says if he was with TELUS, his data access would have been cut off when his bill reached $200, which is the equivalent he is willing to pay Fido. The latter has reduced his bill to $500.

“It’s very unfortunate this customer had this experience,” said a statement from Rogers spokesperson Jennifer Kett.

“When this type of situation happens, we have internal processes in place to identify these customers and their usage prior to their bill being sent out and then we proactively work with them towards a resolution.”

Janet Lo from The Public Interest Advocacy Centre (PIAC) believes carriers use the fear of ‘bill shock’ to sell data roaming packages to consumers prior to their trips, noting “it’s a little unfair to put the burden on the consumer to estimate how much data they are going to use before they go abroad.”

This isn’t the first time we’ve seen cases of roaming data ‘bill shock’ from Canadian carriers. Other cases involving customers from Rogers have included amounts of $6,000, $18,000 and $1,400. A TELUS customer also received a $37,000 bill before too.

What should be done to solve the issue of excessive data roaming charges? Anyone with an iPhone knows the Data Roaming setting is turned OFF by default. How do these excessive charges keep on happening? Should customer bills be allowed to skyrocket into the tens of thousands of dollars?

Update: Rogers emailed us with the following clarification:

To be clear, the $22,000 was never billed to the customer. When this type of situation happens, we have internal processes in place to identify these customers and their usage prior to their bill being sent out and then we proactively work with them towards a resolution.

Rogers and Fido have released their Black Friday deals for 2022, offering savings on a variety of devices including iPhone 14 and more. Check out these offers below and see if they tickle your fancy…of course most will require a two-year contract with minimum monthly plans and more. Rogers Black Friday Deals for 2022: iPhone […]
IIC Deals
2 weeks ago