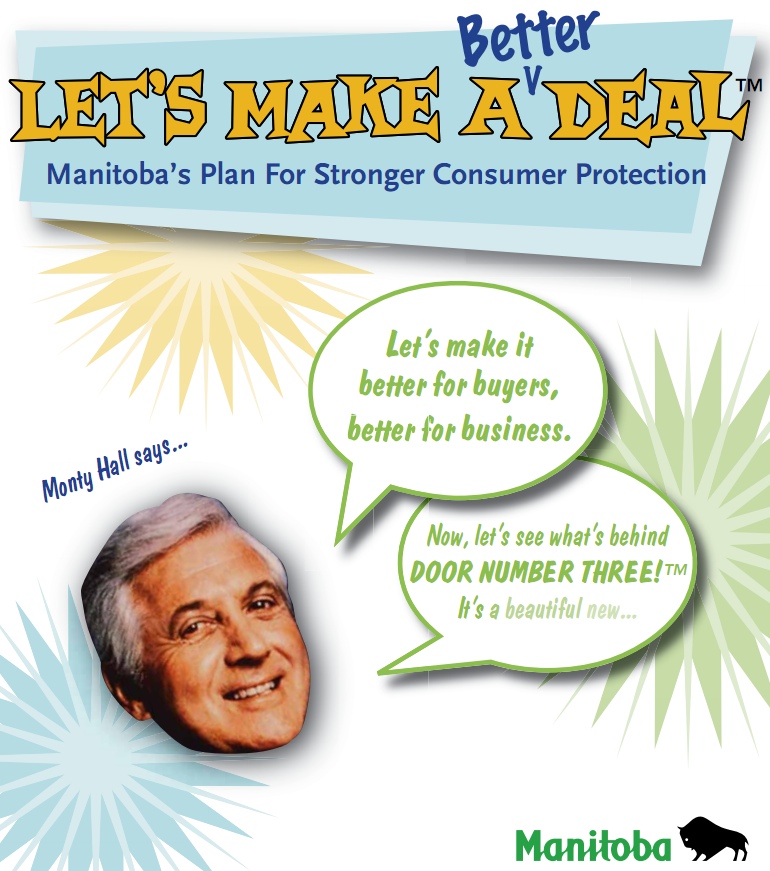 Manitoba proposed new regulations for cellphone contracts today, leading the way for change in a wireless industry that is controlled by a few influential carriers. This was part of Manitoba’s five year “Let’s Make a Better Deal” plan for stronger consumer protection.

The province’s Minister of Family and Consumer Affairs, Gord Mackintosh, had this to say:

“Manitobans have told us they are frustrated by high cancellation fees, unilateral changes to contract terms and prices, hidden charges and complex and unclear contracts…

…They have asked for greater fairness and the ability to make informed choices and this legislation will make that happen.”

Consultation with Quebec (which has similar legislation) and the input from roughly 250 consumer and industry responses helped create these rules. These new rules would come into effect in 2012, and would be monitored by the Consumer Protection Office. Penalties for not following these rules would range from $1000-5000 per breach, and potential fines up to $300,000 under the Consumer Protection Act.

This is amazing news for Manitobans, and I congratulate their government for stepping up and protecting consumers. Now, if only other provinces would get involved that would make a lot of wireless customers happier.

What do you think? Are these rules necessary or not?

Rogers, Telus and Bell announced this week they will be waiving all long distance calls and texts made from Canada to Iran. The temporary waiving of charges depends on carrier, postpaid and prepaid accounts, with different end dates. “To help Canadians stay connected to loved ones, Rogers is temporarily waiving long-distance calls and SMS messages […]
Gary Ng
6 mins ago