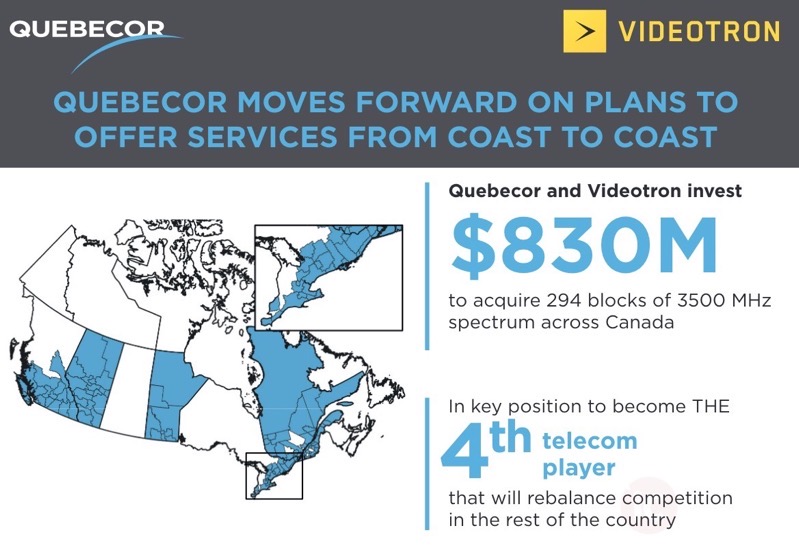 If Shaw’s Freedom Mobile ends up being acquired, the buyer would potentially need to invest up to $1.5 billion to bolster networks to compete against Rogers, Telus and Bell.

Scotiabank analyst Jeff Fan issued a research note (as reported by The Globe and Mail), any potential buyer of Freedom Mobile would need to plunge $300 million to $1.5 billion into the company, to build out 5G networks. This is on top of Freedom’s annual $300 million spend on network upgrades.

Currently, regulators are working to approve the Rogers deal to acquire Shaw for $26 billion. Many analysts believe regulators may force Rogers to divest Freedom Mobile from Shaw, if the deal were to be approved.

The Competition Bureau, Canadian Radio-television and Telecommunications Commission (CRTC) and Innovation, and Science and Economic Development Canada are all reviewing the proposed merger.

Quebecor may be a possible suitor to acquire Freedom Mobile. According to the company’s chief financial officer, Hugues Simard, he told The Globe and Mail in an interview they can afford to buy Freedom Mobile, saying “We have the balance sheet to support this acquisition.”

Previously, Quebecor said it plans to expand its wireless carrier Videotron across the country, to enter markets in B.C., Alberta, Manitoba, Ontario and beyond, after partaking in the 3500 MHz 5G spectrum auction, spending $830 million for 294 licenses.

According to Fan, a network sharing agreement with incumbents to expand nationally would be cheaper than acquiring Freedom Mobile, or even become a standalone mobile virtual network operator (MVNO).