Rogers vs Bell vs Telus vs MTS vs SaskTel vs Videotron: iPhone 6 Contracts Compared for 2GB, 4GB Plans [CHART]

Today was the iPhone 6 launch in Canada and if you’re still on the fence deciding on what to get for a contract, we’ve compared shareable 2GB and 4GB plans from Rogers, Telus and Bell for new users. Update: New chart added reflects prices from MTS, SaskTel and Videotron too.

The comparisons are into three segments of the country, as price plans differ in various regions:

Activation fees, unlock fees and bring your own device (BYO) discounts are reflected. The comparisons take into account bringing your own unlocked iPhone 6 with the BYOD discount versus the same plan but on a 2-year subsidized iPhone 6 contract.

The best ‘deal’ is highlight in yellow, which looks to be signing a contract, if you’re new to the iPhone and want at least a 2GB or 4GB data plan.

Check out the chart below (Update Sept. 24–added revised chart with MTS, SaskTel and Videotron; also note Bell’s page was showing 2GB for $40, when it’s supposed to be $30) 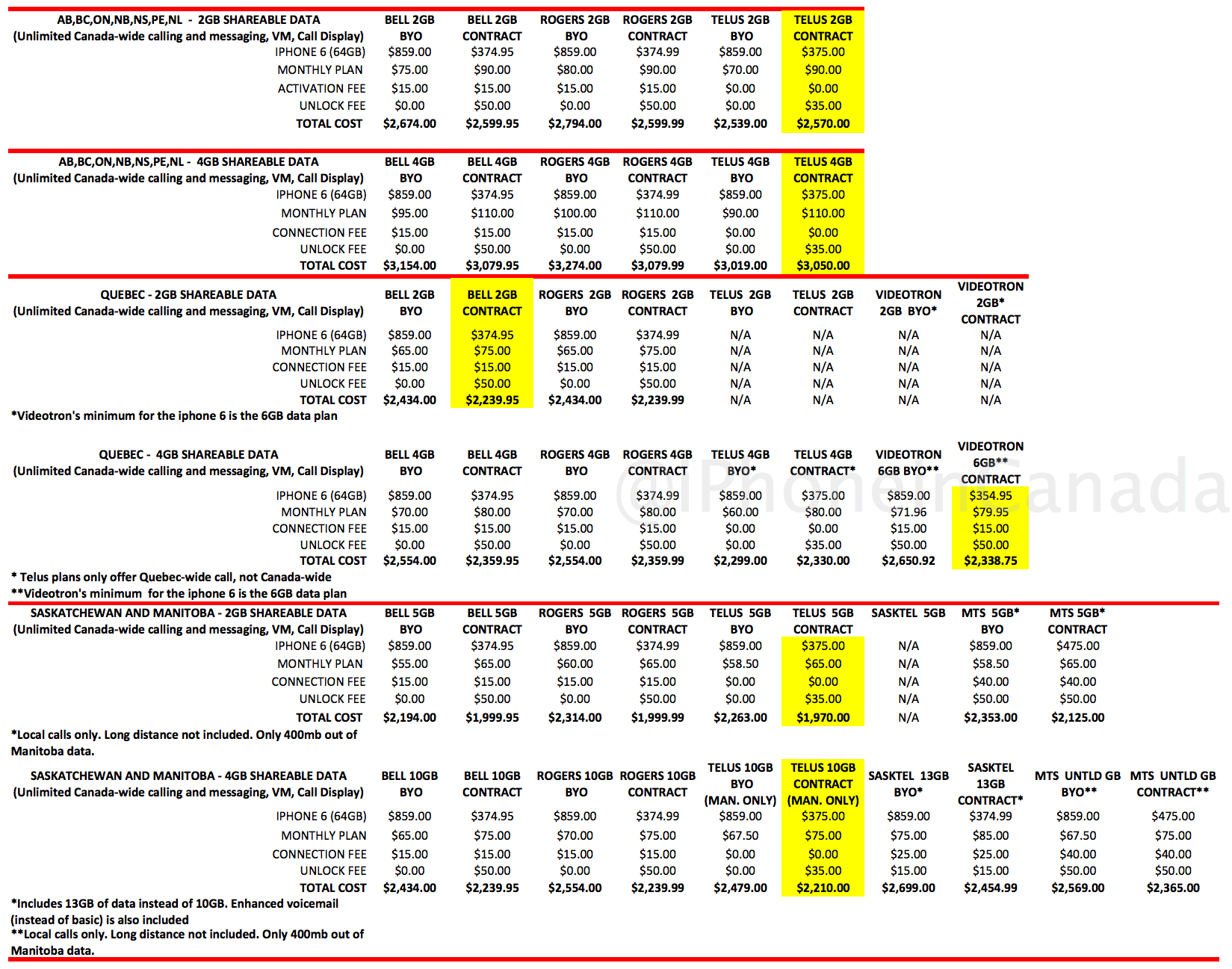 Don’t forget to check out our numbers on whether it’s better to buy an unlocked iPhone 6 or sign up for one on contract, depending on your existing monthly plan.

Update Sept. 19: We have added a revised chart based on your feedback. Thanks folks!

1. Bell Quebec figures have been modified2. A note has been added to explain that the Telus Quebec plans only include provincial wide calling.

This comparison table was done by Gregory Fine, an avid iPhone user based in Montreal. His day job is as a supervising producer, making TV series for various major networks. Gregory can be reached at gregoryyul@me.com