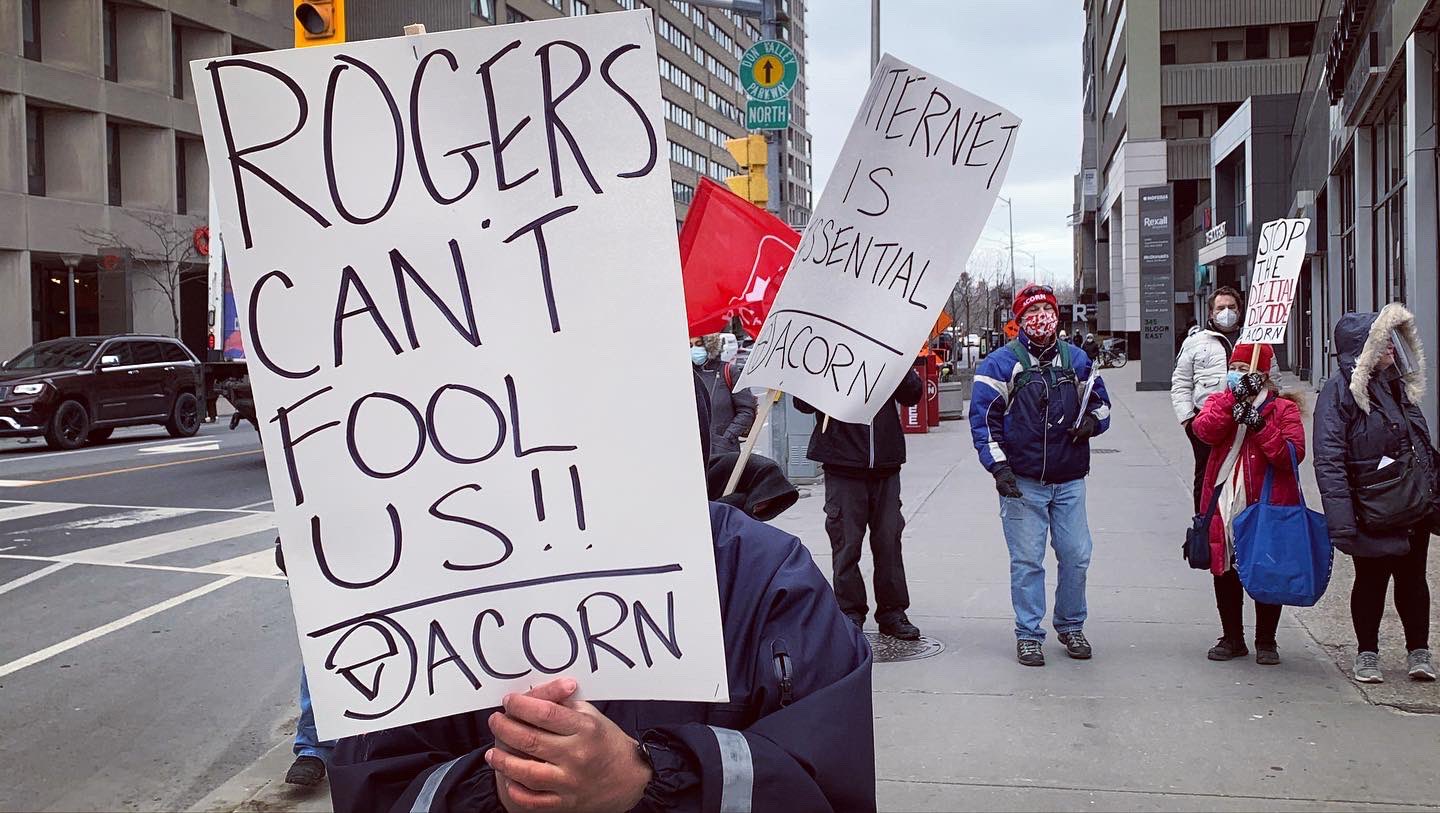 According to ACORN Canada, members in Toronto took to the streets on April 1, raising their voices for affordable internet, protesting the under-review Rogers-Shaw merger, and urging lawmakers to take preventative action.

“Rogers can’t [fool] us. What a great #Internet4All April Fools Day Action today!! Toronto ACORN members fighting back for affordable internet because it is essential,” said the ACORN Toronto chapter on April 1, 2021, protesting outside Rogers in Toronto, Ontario.

“The internet is a lifeline, and we need it more than ever during COVID!! ACORN is fighting back,” added the ACORN Toronto.

ACORN Canada is a national activist group that aims to unite communities for justice, and is currently focused on fighting against the merger between Rogers Communications and Shaw Communications that threatens the fabric of competition in Canada’s telecommunications industry.

According to Canada’s Innovation Minister, Francois-Philippe Champagne, the Rogers-Shaw merger poses “serious issues” for competition within the industry, and many that are part of the industry have already testified in front of lawmakers to that effect.

The merger could drive cellular and internet prices even higher in the country, putting low-income residents’ access to the internet at risk.

As such, many are currently on the warpath against Rogers’ proposed acquisition of Shaw Communications, including consumer advocacy group OpenMedia, one of many fighting against the proposal.

ACORN Canada is also currently organizing an online petition to take collective action against the merger and voice the population’s concerns to those in power. The petition is available to sign here.

Rogers and Shaw recently testified to Members of Parliament, boldly claiming the merger of both telecoms would increase competition in the country, instead of reducing it.

An expert witness hired by Rogers in its ongoing Competition Tribunal hearings against the Competition Bureau testified on Friday that the proposed sale of Shaw-owned Freedom Mobile to Quebecor's Vidéotron will create a "near-national" fourth wireless operator capable of competing with the Big Three (via the Financial Post). Rogers and Shaw have offered to sell...
Nehal Malik
10 hours ago

Rogers-owned Fido is offering a new Black Friday plan only in Quebec, available from Best Buy. According to RFD users, the Best Buy locations in Rosemarie and Vaudreuil are offering up a $25 plan with 15GB data for bring your own phone customers. This plan is actually the $45/15GB plan in Quebec with $20 credit […]
IIC Deals
1 day ago