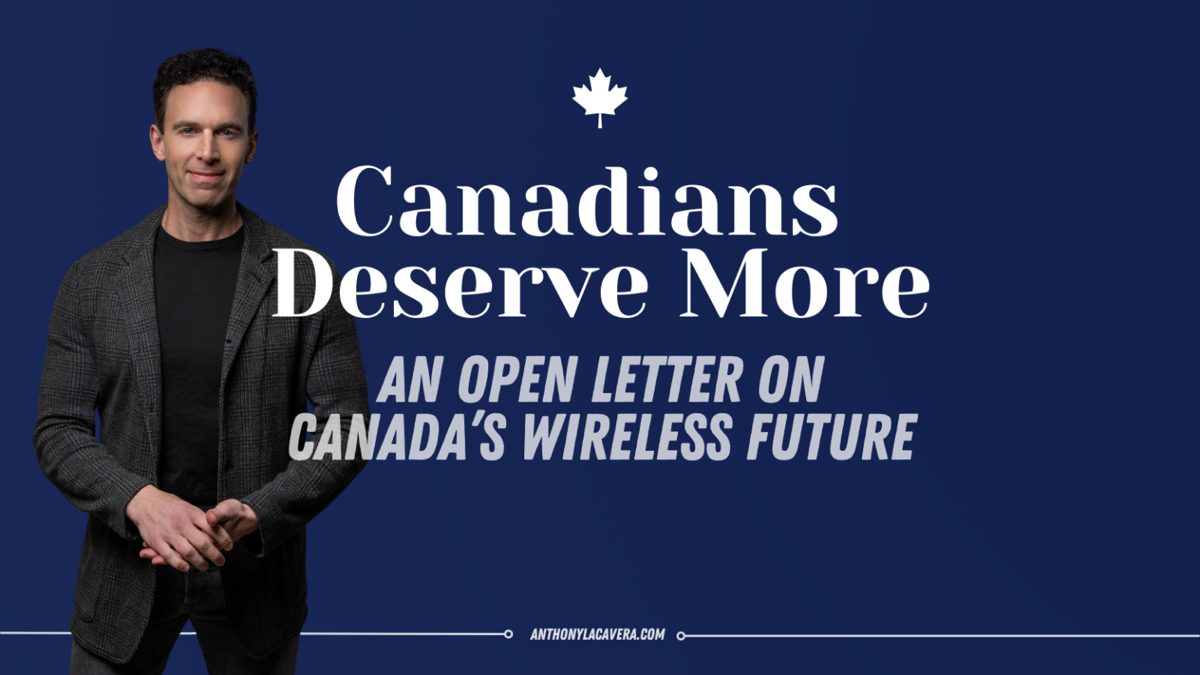 Rogers’ proposed $26 billion acquisition of Shaw Communications Inc. is currently under threat, with the Competition Bureau last week notifying both telcos of its plans to block their deal over the inclusion of Freedom Mobile, Canada’s fourth-largest wireless provider.

On Monday, the Bureau officially petitioned the Competition Tribunal to prevent the Rogers-Shaw merger.

Lacavera has not received a positive response to his multiple attempts at trying to bring Rogers to the table for a possible sale, but the entrepreneur plans to approach Rogers with his offer once again.

“Our offer stands. It’s a funded, fully-financed offer. We’ve presented Rogers with evidence of the funding partners,” Lacavera said during a phone interview. “I plan to be in communication with Rogers this week.”

Freedom Mobile was established in 2008 by Lacavera as Wind Mobile. Lacavera built the wireless upstart into Canada’s fourth-largest carrier, before selling it off to Shaw, who renamed it Freedom Mobile, for $1.6 billion in 2016.

Rogers is currently scrambling to divest Freedom to appease the Competition Bureau and the Ministry of Innovation, Science and Economic Development (ISED) Canada, which has the same Freedom Mobile-shaped bone to pick with the merger hopefuls.

Innovation, Science, and Industry Minister François-Philippe Champagne said in March that Ottawa would not allow the “wholesale transfer” of Shaw’s wireless licences to Rogers, as doing so would reduce the number of wireless players in Alberta, B.C., and Ontario, where Shaw’s Freedom has about two million customers, from four to three and likely lead to higher phone bills.

None of the options have satisfied the Bureau or ISED Canada’s requirements so far. Rogers-Shaw even turned to Québecor Media Inc. for a potential deal last week.

Lacavera has expressed interest in buying back Freedom Mobile ever since the Rogers-Shaw deal hit a wall of regulatory woes, albeit to no joy. Last month, Lacavera called Rogers out for trying to pawn off Freedom in a sale process he said amounts to a “non-competitive sham.”

According to the Freedom Mobile founder, an independent, dedicated wireless company stands a better chance of competing with Canada’s Big 3 in wireless pricing than one owned by a regional cable provider like Québecor.

Not only does acquiring Freedom risk diverting Québecor’s attention away from its home province, but Lacavera said the company would also remain reluctant to slash wireless prices too aggressively out of fear that multi-market rivals like Bell and Telus will retaliate by going after its cable television and internet customers.

Even if Lacavera succeeds in bringing Rogers to the table, it is unclear if the Bureau and ISED Canada will even accept Lacavera as a new owner for Freedom.

The Canadian government on Wednesday announced the results of a residual spectrum auction that concluded on January 17. Residual spectrum auctions are a way for Innovation, Science and Economic Development Canada to sell licences that weren't sold in previous auctions or were returned. Ottawa held an auction for the 3,800 MHz bands in June 2022,...
Nehal Malik
14 hours ago

MPs on the House of Commons' industry and technology committee on Wednesday expressed concerns about the impact of Rogers’ proposed $26 billion takeover of Shaw Communications on jobs, competition, and affordability in Canada's telecommunications sector (via The Globe and Mail). During another hearing on the long-embattled merger just a week before its January 31 deadline,...
Nehal Malik
17 hours ago

SaskTel announced on Wednesday it has started rolling out its 5G wireless network to the Battlefords, offering faster download speeds. The Saskatchewan crown corporation says it recently debuted its 5G network in the Town of Battleford, but expects all of Battleford and North Battleford to have full access by the summer of this year. “Our […]
Gary Ng
18 hours ago