Fido appears to be doling out extra data to select customers right now, notifying lucky folks they are getting 10GB of extra data per month.

According to RFD, a Fido customer in B.C. said they received the 10GB of extra monthly data from the company when checking their My Account online. This user was on a $55/5GB Medium plan, but their plan has since become $55/15GB.

“I said I will switch to Shaw and three days later I got this offer on my fido.ca account,” said user ‘iownyou’.

There doesn’t appear to be an end date on the 10GB bonus data. Others in Alberta have also been receiving the special offer. 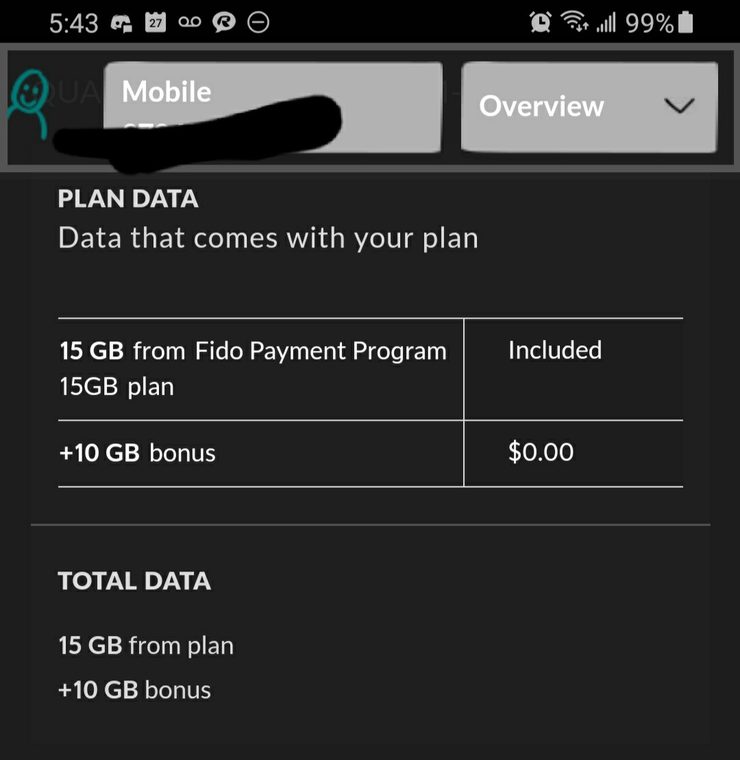 Other users were also able to corroborate the Fido bonus, indicating their accounts were also seeing offers of 10GB of free monthly data. Customers noted within Fido My Account, clicking their phone number would result in a pop up detailing the offer.

Others receiving the offer were on Fido’s ‘winback’ plans, such as the $50/15GB plan. One such user that received the offer now has a $50/25GB plan.

It may be worth logging into the Fido website or Fido My Account app to see if you have any bonus data offers.

The 10GB of free data from Fido may be an attempt to stop users from jumping over to Shaw Mobile in B.C. and Alberta. Shaw’s wireless offering has an introductory $45/25GB plan right now for internet subscribers.

The Fido website only advertises plans with up to 15GB for $75, and that’s only because of a 5GB data promotion right now.