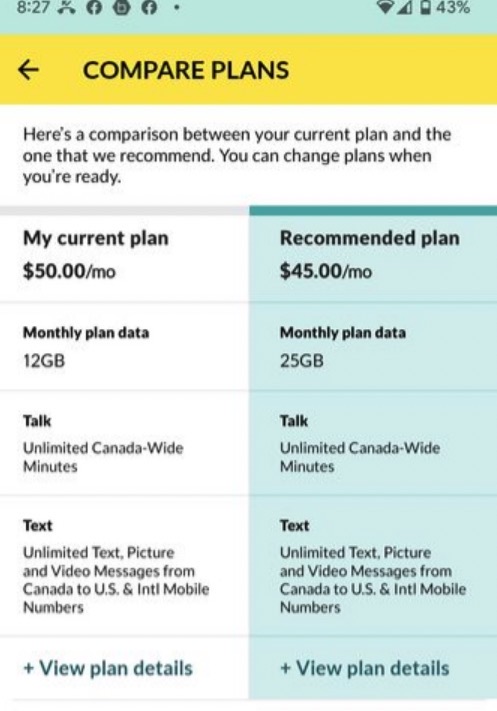 Fido periodically offers some special promo plans for existing customers, so it’s worth checking your account for the latest offerings.

According to some RFD users, the latest promo plan being offered by Fido is an unadvertised $45 plan with 25GB data, along with the usual unlimited nationwide calling and international messaging.

User ‘DominicL044247’ shared on Friday morning how their Fido account was showing a “recommended plan” in the form of the $45/25GB deal previously mentioned.

This user is currently on Fido’s $50/12GB plan acquired from Black Friday 2021. They noted the prior offer was a $55 plan with 20GB. It’s odd to see Fido offering a promo plan that is priced cheaper than a user’s existing plan. Normally, telcos want to push customers to higher monthly plans to increase average revenue per user metrics.

Other RFD users chimed in to say they also saw this $45/25GB deal in their Fido account, earlier this week.

Again, if you’re a Fido customer seeking out a better plan, check your account and let us know if you’re seeing this plan, in the comments below.