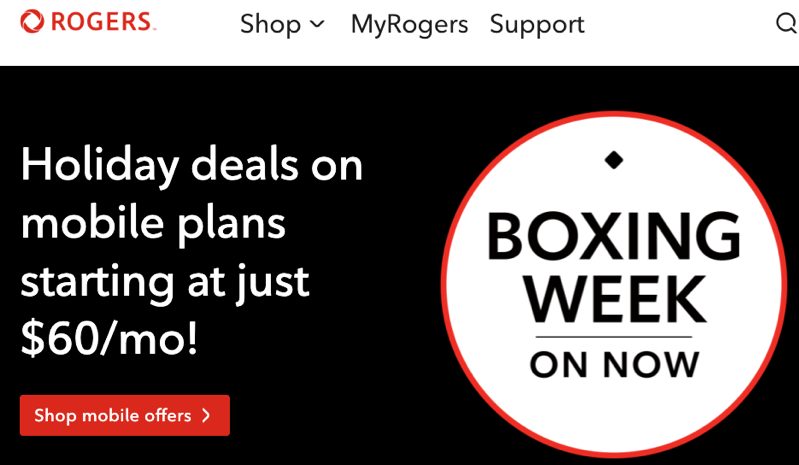 Boxing Day is the day after Christmas and usually marks huge sales, but over the years the event has started earlier and earlier, similar to Black Friday deals.

Rogers has kicked off its Boxing Day deals already, as it says “Boxing week on now” according to its website. Here are some of the deals Rogers has posted on its website: