Rogers-Shaw Deal Should Be Cancelled Over Family Boardroom Drama: Petition 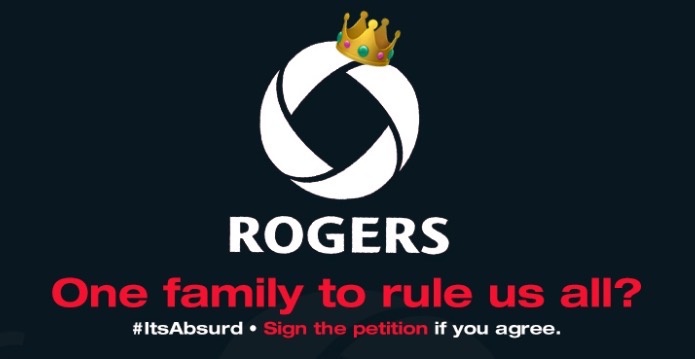 Non-profit and consumer internet advocacy group, OpenMedia, has launched a new petition urging the federal government to stop the proposed Rogers-Shaw merger, due to the recent family boardroom drama.

Vancouver-based OpenMedia launched a tongue-in-cheek poll on social media on Monday, asking which family would better rule Rogers, with choices ranging from: The A&W Burger Family; a family of raccoons; the 1983 Edmonton Oilers; and The Jonas Brothers.

Surprisingly (or not at all), “a family of raccoons” is leading the poll taking 63% of the vote as of writing.

“The OpenMedia community is debating whether a family of raccoons or the Jonas Brothers would do better than the Rogers family in overseeing most of Canada’s home Internet and wireless services. Absurd, right?” explained OpenMedia.

“What’s even more absurd: the fact that our government could actually put the out-of-control Rogers family dynasty in charge of the largest share of telecom in Canada by approving the Rogers-Shaw deal,” adds the non-profit.

Edward Rogers, the son of founder Ted Rogers, leveraged his voting control of the Rogers Family Trust to override the current Rogers Communications Inc. board, to get himself re-elected as board chair, plus introduce new board members through written resolution, instead of calling a shareholder meeting. His actions were supported by B.C. Supreme Court, where Rogers was incorporated.

RCI said in a statement it would not be fighting the court ruling, which comes weeks after the Rogers family aired its ugly family feud publicly.

“This chaotic family needs to have less control over our Internet, not more. Tell Minister Champagne: Scrap the Rogers-Shaw deal NOW, and finally bring meaningful Internet choice and competition to Canada!”, writes OpenMedia.

If we’re going to live with a single telecom dynasty to rule us all, can we pick a better one than Rogers? Here’s a poll of famous families we think might do a better job. Who’s your pick?

Those signing the petition will see a pre-written letter sent to François-Philippe Champagne, Minister of Innovation, Science and Industry of Canada, urging him to “stop the Rogers-Shaw deal now, and demand more Internet choice and affordability for people in Canada!”.

Rogers and Shaw today announced an extension of their proposed $26 billion merger, along with the sale of Shaw-owned Freedom Mobile to Quebecor’s Vidéotron in a side deal that's part of the broader transaction, to February 17, 2023. "All parties remain committed to the pro-competitive transactions, which will deliver significant benefits to Canada and Canadian...
Nehal Malik
11 hours ago