If you have or are planning to purchase a Rogers/Fido device between December 1 and December 31, 2009, whether an iPhone or other smartphone/consumer device, Rogers/Fido have extended the return policy for those purchases until January 15 2010.

Any Rogers/Fido devices purchased between December 1 and December 31, 2009 may be returned to the point of purchase under the new extended return policy until January 15, 2010 (including the 15th). But, before you go return your device, there are a few things to note:

2.) The handset cannot be activated. In other words, if you can make a phone call from the handset, the old return policy applies (see below).

3.) To return the handset, the device must be in brand new condition, unused, with original box and cables and with the original proof of purchase.

As mentioned previously, if you have activated the device, your return policy still falls under the old one which is returned with 15 days of activation or has less than 30 minutes of use on the device, whichever comes first.

This new extended holiday policy is essentially for two types of customers; customers buying devices outright for gifts or customers post-dating an activation and returning the device before the activation date. 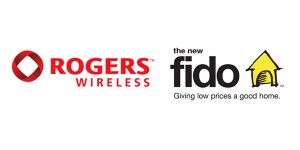