It seems as though every time there is a major iPhone announcement, Rogers is always the last to relay news to its customers. An example of this is when their own websites weren’t even updated the day of the iPhone 3GS announcement, leaving Canadian iPhone customers in a frenzy. Lucky for you, there’s iPhoneinCanada.ca with the latest news (even if it keeps changing randomly all the darn time!).

For iPhone 3G customers not eligible for HUP (Hardware UPgrade) pricing just yet, Rogers did announce that they would be introducing a contract-free price on the iPhone 3GS. It looks as though BGR’s ninja’s happened to have stumbled across some possible pricing taken from screens at Best Buy.

Here is what they came up with for the Rogers/Fido iPhone 3GS contract free pricing:

Now, looking at these prices your jaw must’ve dropped to the ground. But when you think about it in the bigger sense, if true they seem to be on par with contract free iPhone pricing. When you sign a 3 year contract, you get a subsidized price of $199/$299, which Rogers will “get back” over the duration of your 3 lovely years with them.

If you compare this contract free pricing to other similar smartphones, such as the Palm Pre or Blackberry Bold, you’re looking at similar prices in that realm. Heck, years ago insane people would pay over $1000 for a Sony Ericsson P800 (does anybody remember owning that brick?!), so to see the pricing of $699/$799 for the speedier iPhone 3GS doesn’t shock me that much.

Question of the Day: What’s your Opinion?

But the question of the day for everyone is: What’s the better scenario…re-sign for 3 years to get HUP pricing at $199/$299, or buy outright at $699/$799 and wait to see what GSM competitors will offer?

Screenshots below for both Rogers/Fido: 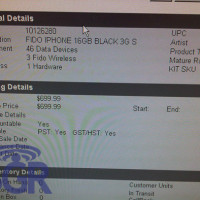 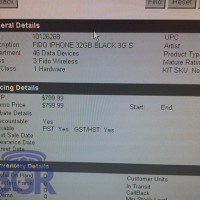 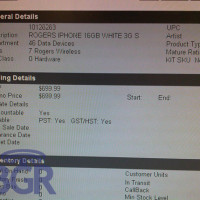 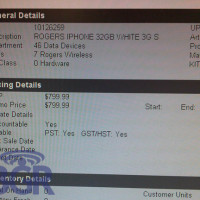