Soon after, product/notification pages started to appear where users could submit their email and receive periodic updates on the status of the iPhone 4 and the carrier that the user signed up on.

Today, we received notice that Rogers and Fido employees have started their product training on iPhone 4. The training consists of two modules: Selling iPhone 4 and positioning iOS 4. The modules talk about the device, features, benefits and basically summarize what is already on the Apple website.

The training, called FastTrack, is fairly top-level stuff but all Rogers/Fido store employees must complete the training as soon as possible before the end of July.

Let’s hope this is a good sign that the iPhone 4 will in fact be released sometime in July 2010! 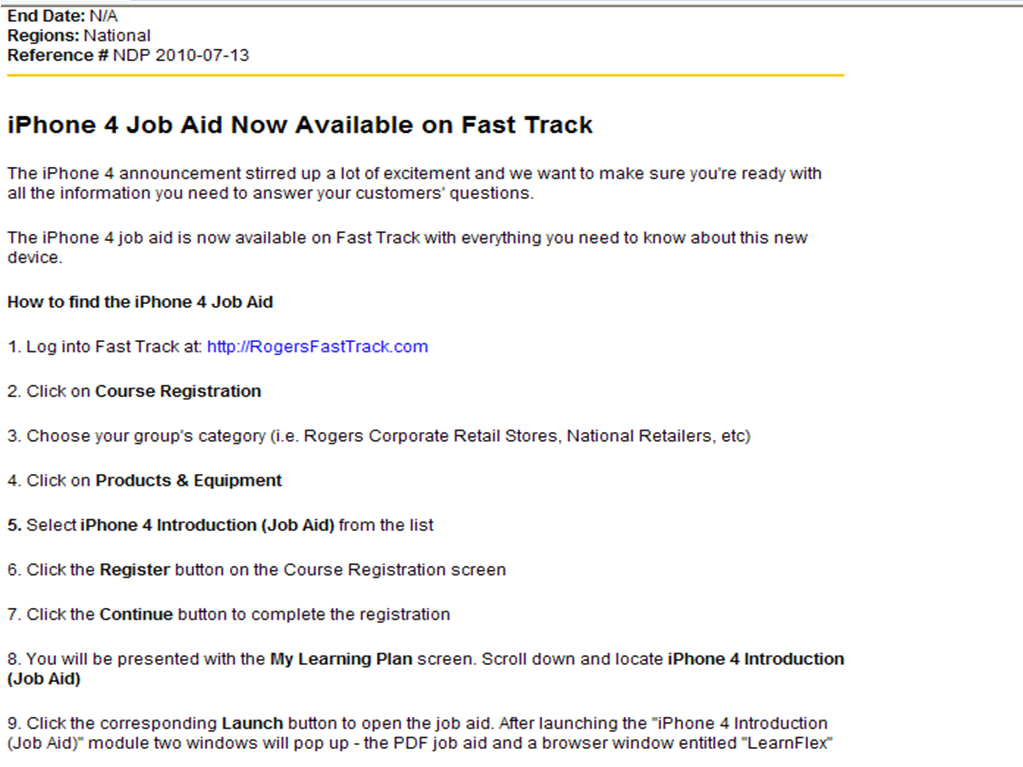 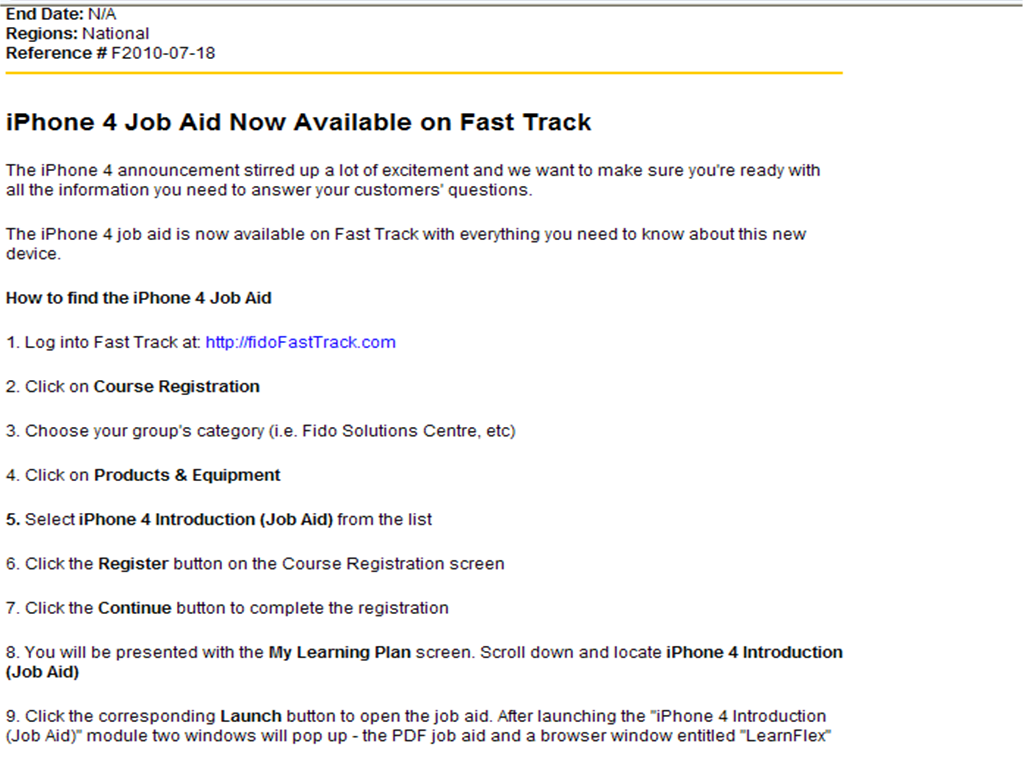