After 15GB data is used, SaskTel will throttle your data like Rogers, Telus and Bell, but at 2 Mbps download speeds, which the company says is “4X faster than any other plan” in the province. Telus ‘no overage’ plans have throttled data speeds of 512 kbps after initial data buckets are used, whereas Rogers and Bell throttle at 256 kbps. 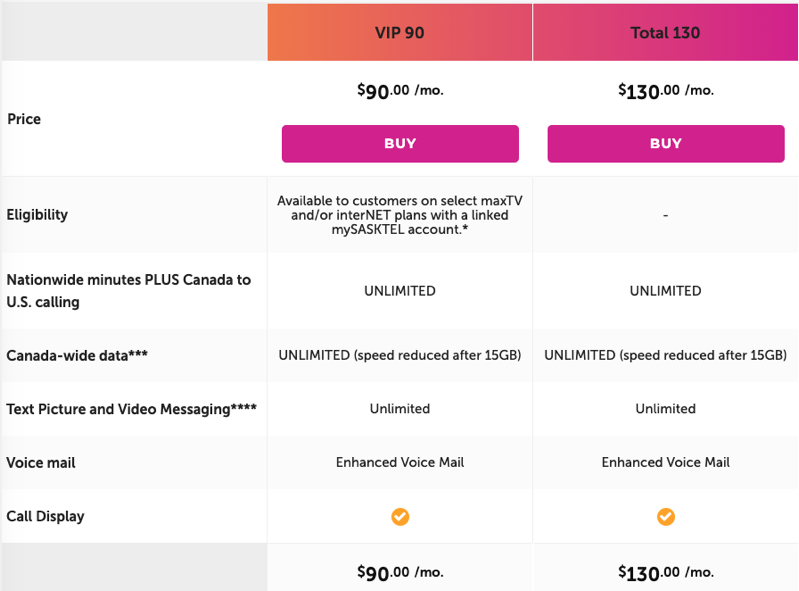 For SaskTel customers looking to get a new device, these new unlimited plans are available as VIP 90 and Total 130 plans, priced at $90 and $130 per month.

The $90 plan is only eligible for those with “select maxTV and/or interNET plans with a linked mySASKTEL account.”

Rogers, Telus and Bell plans with no overages are priced at $65/10GB and $85/20GB in the province, which is $10 cheaper compared to provinces such as B.C., Alberta and Ontario. SaskTel is pricing their plan at $70 with 15GB of data with faster throttled data speeds.