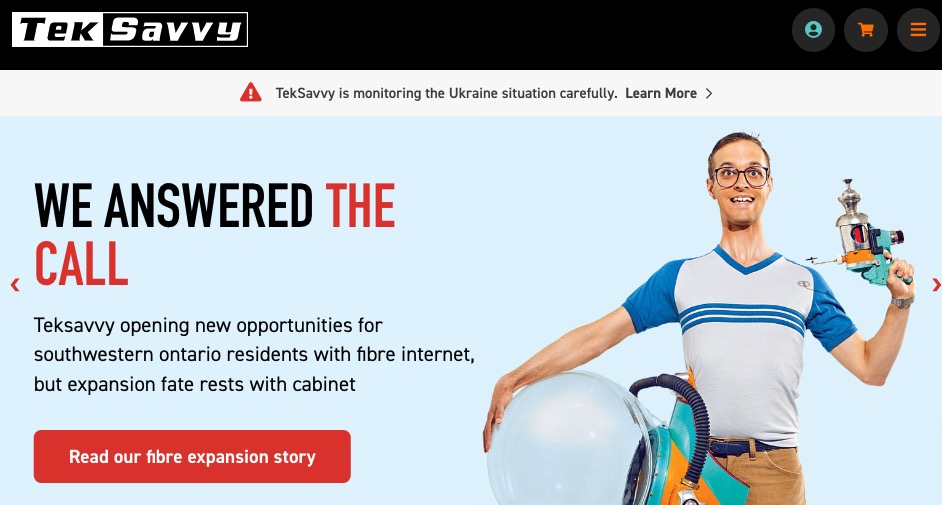 TekSavvy announced on Monday that its fibre-to-the-home (FTTH) network in Thamesville, Ontario, is now complete. The network first launched in Thamesville last August, but now the rollout has been completed, offering service to over 530 homes and businesses.

According to TekSavvy, the completion of FTTH in Thamesville is part of its ongoing expansion in the Chatham-Kent community. Internet speeds of up to 1 Gbps will be available with unlimited data.

“High-speed fibre internet service is a game-changer for Thamesville,” says Charlie Burns, Chief Technology Officer at TekSavvy, in an issued statement. “We’re proud to deliver the connectivity that will make a difference to the community.”

“The community of Thamesville plays a significant role in East Kent,” said Mayor Darrin Canniff. “It is important that its residents have the opportunity to experience the advantages of access to a high-speed fibre network.”

TekSavvy Fibre Internet service has no terms, but the company says residential customers opting for its Fibre 1000 Unlimited package for 24 months can save $20/month for their first 12 months.

Rogers's President of Integration, Dean Prevost, accidentally revealed during a Competition Tribunal hearing against Canada's Competition Bureau on Thursday that he is set to receive a $2 million bonus if the company's proposed $26 billion acquisition of Shaw Communications goes through — reports the Hanna Herald. This figure had previously been confidential but slipped out...
Nehal Malik
6 hours ago

Shaw Communications CEO Bradley Shaw told the Competition Tribunal on Wednesday that it was "extremely difficult" for the Shaw family to give up the business and agree to Rogers's proposed $26 billion takeover of the company (via Financial Post). Canada's fourth-largest telecom operator has been a family affair since its inception. Bradley Shaw took over as...
Nehal Malik
9 hours ago