Telus Named ‘Fastest Mobile Network’ in Canada for 2019 by PCMag 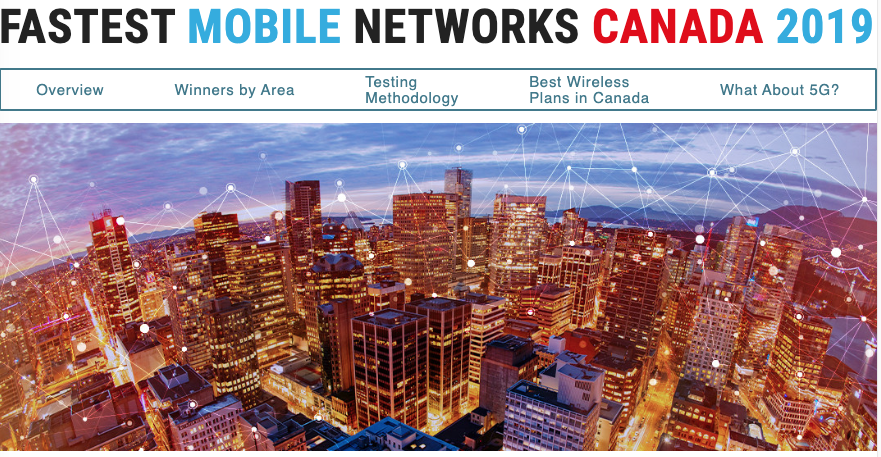 Just like in 2018 and 2017, Telus has been named the fastest mobile network in Canada, according to PCMag’s annual ‘Fastest Mobile Networks’ test here.

For 2019, PCMag’s Sascha Segan travelled to 29 cities in Canada to test mobile data speeds to find the country’s fastest carrier. 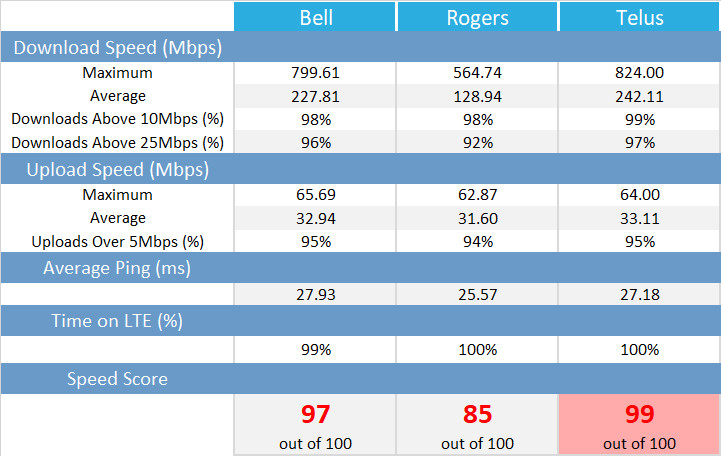 Maximum download speeds on Telus were recorded at 824 Mbps, while Bell was at 799 Mbps and Rogers at 564 Mbps.

Every carrier saw speed increases of at least 20 per cent compared to 2018, while PCMag says for the first time, nationwide average download speeds were above 200 Mbps for Telus and Bell, but not Rogers (128 Mbps).

Segan writes, “Telus keeps winning because it shares a lot of its spectrum and towers with Bell, giving the two carriers a massive amount of shared resources. On top of that, Telus has a highly optimized core network for routing connections through the internet, which seems to have made the critical difference in some of our cities.”

Throughout its nationwide testing, it was all about Telus and Bell taking wins or either tying. Rogers only had one win in Guelph, Ontario.

“We’re not talking much about Rogers in this year’s piece, even though it’s still Canada’s largest carrier, because it just soldiers on with a basically reliable network that has middling performance. It isn’t bad, but it doesn’t lead the way it did in the early days of LTE,” writes PCMag. Sounds like Rogers has some catching up to do with its rivals.

PCMag tested download speeds using a Samsung Galaxy S10, which is “the fastest LTE phone currently available in Canada” according to Speedtest Intelligence, seeing speeds 30 per cent faster than Apple’s iPhone XS. It would have been interesting to see tests pitted against Apple’s latest iPhone 11 and iPhone 11 Pro models too, since we’ve seen some blazing speeds on Telus.

You can read PCMag’s findings on wireless speeds in Canada here.

Staples Canada and Bell announced a multi-year exclusive agreement on Tuesday, to sell Bell, Virgin Plus and Lucky Mobile wireless and wireline services at Staples stores across Canada for both consumers and small businesses. Both companies will also partner to sell Bell services to medium businesses through the Staples Professional sales team. Beginning in late […]
Gary Ng
8 hours ago