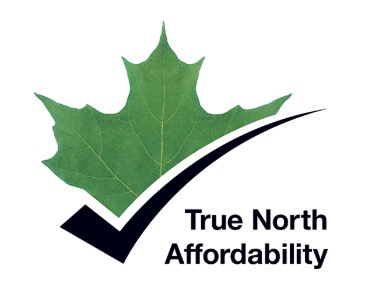 Telus and Koodo have recently labelled their wireless plans with a ‘True North Affordability’ stamp, shown prominently on each company’s respective websites.

Telus explains, “Our True North Affordability stamp means our plan lines up with the Liberal Party benchmark for wireless affordability.”

Prime Minister Justin Trudeau’s Liberal Party ran a re-election platform saying it would promise to slash cellphone bills by 25%, saving a family of four nearly $1,000 per year. It appears Telus is getting ahead of any possible regulation by stating it has exceeded this Liberal Party benchmark for wireless costs.

“We reviewed our current in-market pricing to ensure our plans meet – or exceed – the $2929 annual target for a family of four, as outlined in the chart below,” explains Telus.

The chart says Telus exceeds this Liberal Party annual target by $49, with an example of four Telus Peace of Mind plans at 10GB each and a family discount, seeing a yearly cost of $2880 (works out to $60/10GB per month for each family member): 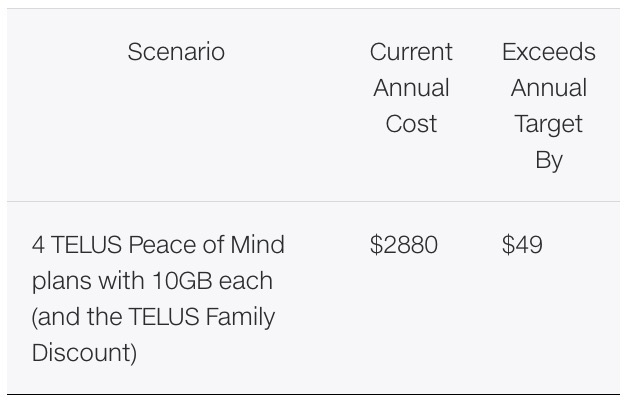 “Our TELUS Peace of Mind plan for a family of four provides 26GB more data than the sample plans referenced by the Liberal Party, and provides an additional $49 in annual savings,” details Telus.

We’re proud to provide Canadians with a plan at a great price that fits all their needs. When you see this stamp, you’re looking at a plan that meets or beats the Liberal Party standard for affordability for a family of four. This is not some new thing. Fact is, we’ve offered these plans since July 2019. For more information, please visit our support page.

Telus flanker brand, Koodo, also has plans now labelled with a True North Affordability stamp. With Koodo, the example scenario details two plans with 7GB and two plans with 2GB data, seeing an annual cost of $2760 and exceeding the Liberal Party target by $169.

“We reviewed our current in market pricing to ensure that we offer a plan that is more affordable than $2929 annual target for a family of four, as outlined in the chart above,” explains Koodo.

The company adds, “Our Koodo plans provide 4GB more data than the sample plans referenced by the Liberal Party, and provide an additional $169 in annual savings.”

Public Mobile, the prepaid 3G brand of Telus, also has similar True North Affordability labelling as well. The example provided by Public Mobile details four plans with 5GB data and unlimited nationwide talk and text, at an annual cost of $1920 ($40/5GB per month each), which the company says exceeds the Liberal annual target by $1009.

Most likely, Rogers and Bell may follow with similar marketing of their own wireless plans on their respective websites.