Apple Watch Series 7 Hits Lowest Price Ever on Amazon, Ahead of Series 8 Reveal 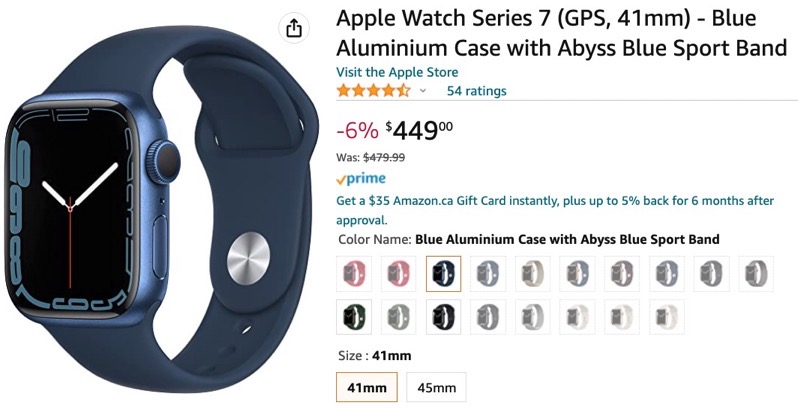 Apple Watch Series 7 is on sale right now at a variety of retailers, including Amazon Canada, as the current smartwatch has received price drops ahead of the expected launch of Series 8 next month.

Amazon.ca has the entry aluminum Series 7 GPS models on sale as follows:

Other retailers such as The Source also have Series 7 models on sale, too. The best time to buy an Apple Watch or iPhone is before the next-generation hits.

Click here to shop the Apple Watch Series 7 sale on Amazon while it’s still on sale.