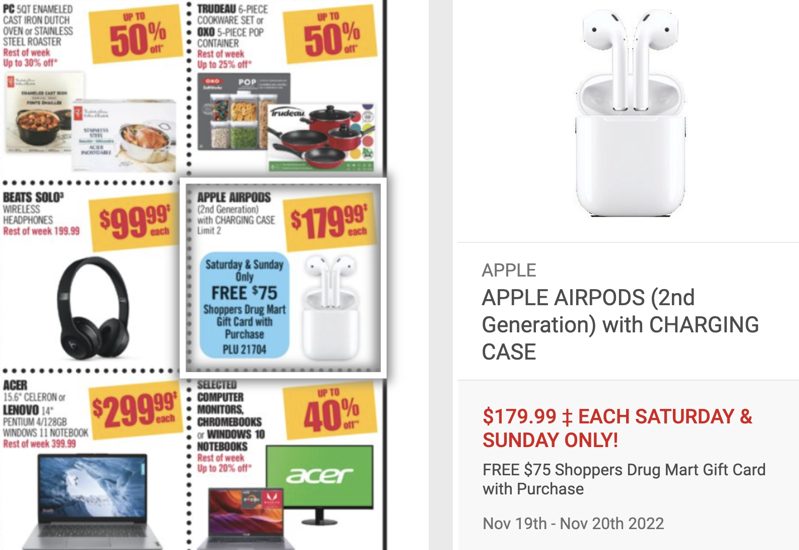 Those deal hunting for early AirPods or AirPods Pro early Black Friday deals in Canada need to head over to their local Shoppers Drug Mart.

As part of early Black Friday sales available on Saturday, November 19 to Sunday, November 20 only, you can get AirPods 2 for $179.99 but with a free $75 Shoppers Drug Mart Gift Card back, which is a great deal.

Also available today at Shoppers are Beats Solo3 wireless headphones for $100 off at $99.99.

Amazon.ca has AirPods 2 for $149 right now but they could drop even lower as we head right into Black Friday next week.