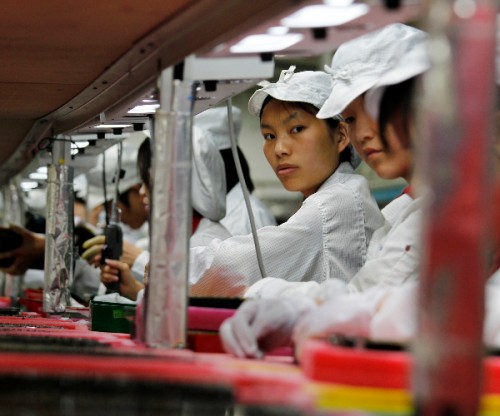 Taipei-based Pegatron Corp, one of the largest manufacturers of Apple devices, is predicting a significant drop in its consumer electronics revenue in six quarters as iPad mini’s market demand falls, Bloomberg reports. The company, which also produces Microsoft’s Surface tablet, is forecasting its second-quarter revenue to drop 25% to 30% from the previous 3 months, the highest since a 37% decline in the Q4 of 2011.

The report details that Pegatron and Foxconn are both facing a decline in orders from their largest customer, Apple. The iPad mini accounts for more than half of Pegatron’s consumer electronics revenue, and the iPhone 4S contributes a majority of sales in the communications division.

A decline in revenue from the iPad Mini “is more on demand, while price has been stable,” Pegatron Chief Executive Officer Jason Cheng said. “Not just tablets, also e-books and games consoles, almost every item is moving in a negative direction.”

Carolyn Wu, a spokeswoman for Apple in Beijing, declined to comment. Pegatron shares dropped 0.5 percent to close at NT$48.95 today in Taipei before the announcement, stemming its climb this year to 30 percent.

Foxconn, the world’s largest maker of electronics products including the iPhone 5 and iPad, last month reported a 19% drop in first-quarter revenue, the most in the last 13 years.