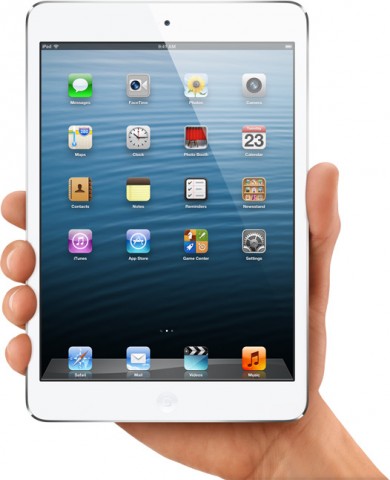 A new pilot program at the St. James Assiniboia School Division in Winnipeg will see over 1,000 students receive free iPads for the upcoming school year, which will become part of a mandatory school supply for students in the middle years from grades 6 to 8, reports the CBC.

Parents were told by staff at George Waters Middle School the iPads will replace textbooks and printed classroom materials, at a meeting on Wednesday night.

“At this rate, textbooks, maps, encyclopedias and most printed material will likely be outdated by the time they reach our children’s hands,” principal Andrew Mead told parents.

Students will be able to take their iPads home throughout the school year and parents will be responsible for what happens on their devices. The program makes iPads mandatory as an essential learning tool so there is no option to opt out, said Mead.

School officials say they have plans for insurance for the iPads should they become damaged at home by students.

Although seen as a move to bring technology to the forefront for students, some parents questioned whether too much technology is being introduced, since many already are connected to the internet and other video games outside of school.

“My kids at home, they’re not engaged. They’re in their rooms with these devices,” said Tim Garrett.

Overall, we would imagine students would be enthusiastic learning on the iPad, such as the positive sentiment shared by grade 6 student Henry Sem, who noted he looks forward to learning math on his new tablet–but he could not guarantee he wouldn’t sneak in some gaming periodically (four finger gestures would come in handy here to quickly switch apps!).

Do you think it’s a good idea to introduce mandatory iPads as a learning tool in schools?