one of the first few people who got it first😍
M1 Macbook pro looking pretty#AppleSiliconM1 pic.twitter.com/TQTgkqKIlK

The system here is a 13-inch M1 MacBook Pro with 8GB of RAM and 512GB SSD. Check out the scores below… 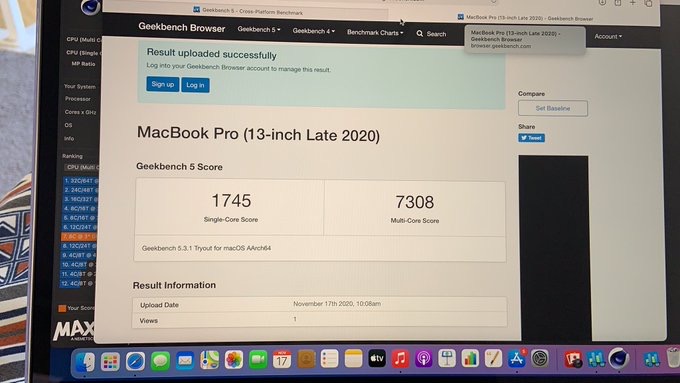 The Single-Core score of 1745 makes this M1 MacBook Pro the fastest Mac ever, as it just edges out a current M1 Mac mini at 1741.

Geekbench is showing an M1 Mac mini with a higher multi-core score of 7643. 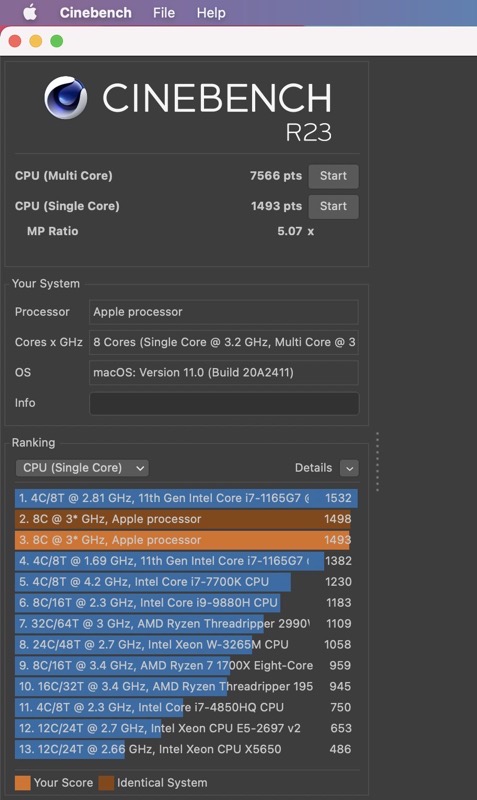 The M1 MacBook Pro scored 1498 in single-core, making it pretty much the second-fastest CPU, just below an 11th Gen Intel Core i7-1165G7. 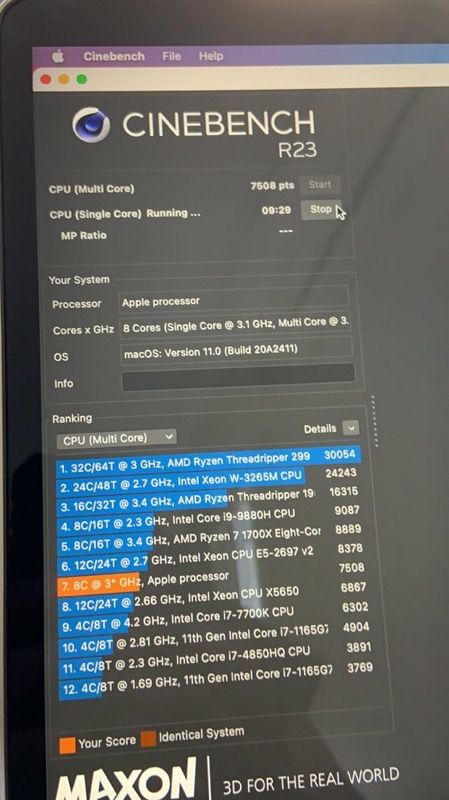 In the multi-score result of 7508, the M1 MacBook Pro scores in 7th place, below an Intel Xeon CPU E5-2697 v2, and higher than all 11th Gen Intel Core i7 processors. Plugged in to power, scores were 7566 and 1493 for multi-core and single-core respectively.

According to @mnloona48_, the user says “battery life is not as great as what they’ve told us in the [Apple] event.”