Microsoft has announced this morning a new version of Outlook for Mac, available to Office 365 customers (commercial, home, personal and university subscribers). The new design brings the app further in line with Outlook on the web and iOS and Android devices.

Here are the new features and improvements: 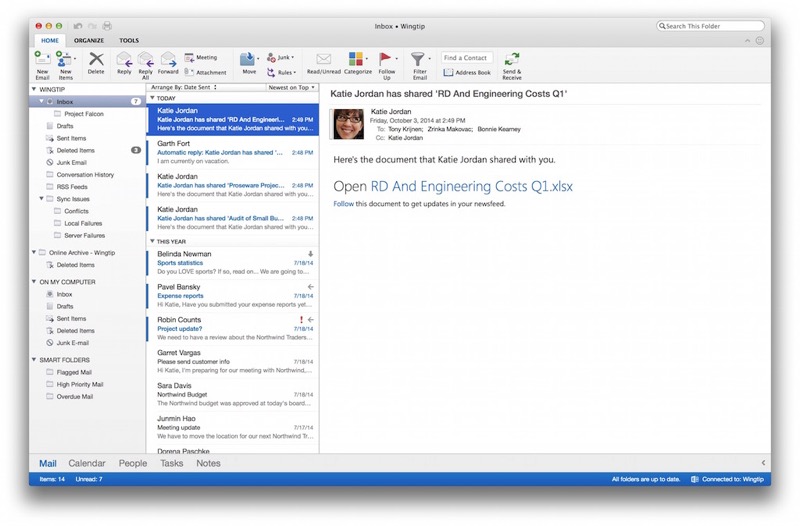 Office 365 consumer subscribers can get this update by going to their My Account page, while commercial users can acquire it via their Office 365 Portal.

Microsoft says they typically release a new version of Office for Mac roughly six to eight months after Office for Windows, but things have changed after the release of Office 365, as the company wants to prioritize “mobile first and cloud first scenarios”, meaning faster and more constant support for iOS, Android and Windows Phone smartphones and tablet applications. Times have changed and it looks like Microsoft is adapting to a mobile-first strategy for Office.