During Apple’s preview of iOS 13, iPadOS and macOS Catalina this week at WWDC, the company announced a new feature called Voice Control.

With Voice Control, the new accessibility feature allows users to control their Mac, iPad or iPhone with just their voice. Here’s how Apple describes Voice Control in iOS 13:

Control your iPhone with just your voice. Rich text editing features let you make corrections as you dictate. Navigate comprehensively using voice commands and gestures. You can even see numbers or names next to everything you can tap and superimpose a grid onscreen to tap when there aren’t controls.

Canadian developer AgileBits, the makers of 1Password, have already implemented Voice Control into their iOS app, and teased a preview today.

Michael Fey, Apple Team Lead at 1Password, writes, “We pride ourselves on providing a 1Password experience that works for all our customers and when it came time to add Voice Control support to our iOS app all that prior work paid huge dividends.” 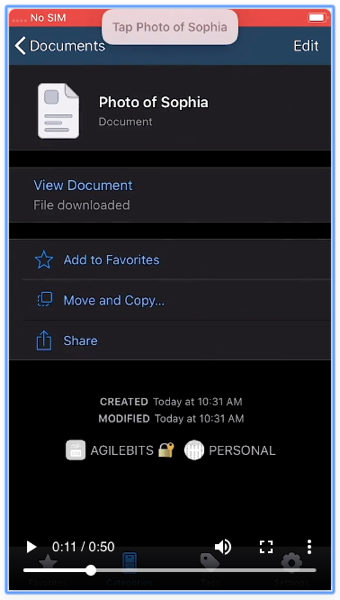 Apple will launch iOS 13, iPadOS and macOS Catalina this fall. Developers already have the betas and public betas are coming in July. Watch Apple’s video below introducing Voice Control on Mac and iOS:

Amazon has announced it’s holding another shopping event for Prime members only, set to take place on October 11-12. The news confirms previous reports a second Prime Day-like event was coming this fall. The online retailer is calling the event the Prime Early Access Sale, a two-day global shopping event that’s only for Prime members. […]
Gary Ng
7 mins ago