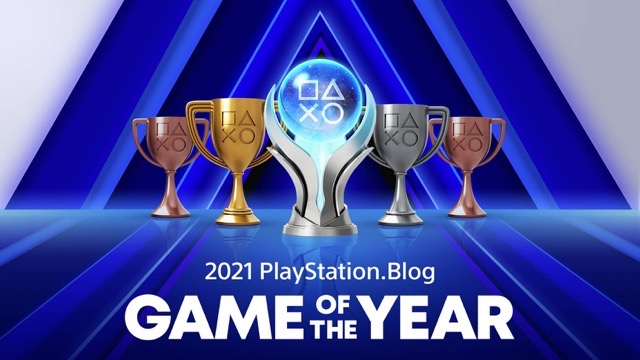 With many games going neck and neck for top spots throughout the voting period, PlayStation Blog’s Game of the Year 2021 winners have finally been revealed.

Lady Dimitrescu from Resident Evil Village overshadowed other nominees in one of the most popular categories this year. From stalking players through the hallways of her lavish homestead, to cutting them to the core with retractable claw-like nails and tongue-lashings, she was an unforgettable presence.

Resident Evil Village also won this year’s award for best story. Capcom does a wonderful job gradually building upon the scope and bombast of Ethan’s quest for his daughter. Once the embers fade on the explosive finale, you may find yourself wondering how this tale began in a quiet home.

The voting race for Best Art Direction was a nail biter, but Ratchet & Clank: Rift Apart takes the top prize. Insomniac Games has been refinding the vivid intergalactic art style of Ratchet & Clank since the PS2, and it shines in this premiere PS5 outing. Ratchet and Rivet’s expressive faces shine with new levels of detailed animation.

The infectious exuberance of Marvel’s Guardians of the Galaxy extends beyond its snappy dialogue and eye-popping alien vistas. Eidos-Montréal crammed a real who’s-who of 1980s chart-toppers to convey, with music, the same over-the-top excitement found in its gameplay – and then went the extra mile to create a fictional ‘80s metal band that could easily slot into a metalhead’s modern playlist.

A moving story about divorce and reconciliation, a wise-cracking talking book, and an army of militarized squirrels are just a few of the highlights found in It Takes Two, but these take a backseat to the incredible gameplay. Hazelight Studios’ genre-spanning adventure is built from the ground-up with two player co-op in mind.

EA’s FIFA 22 promised a true next-gen football experience and it did not disappoint. Its HyperMotion technology brought us a more authentic and fluid football experience, while the use of 3D Audio – pulling us further into the match than ever before.

For more award categories and runner-ups in each, check out the source page.

Amazon announced today it will stream 25 James Bond films on Prime Video beginning on October 5, 2022. According to the company, these 25 Bond films set to stream in Canada, the U.S., UK and other key territories is part of the 60th anniversary celebration of the iconic film franchise. Also coming is The Sound […]
Gary Ng
47 mins ago