iPhones and iPads to Soon Get These 72 New Emoji 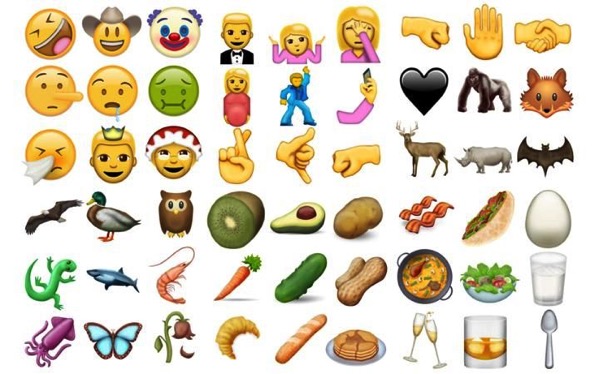 According to a report by The Telegraph, the Unicode Consortium has approved 72 new emoji for release later this month, which could be introduced with iOS 10 at the upcoming WWDC event. For those who aren’t aware, the Unicode Consortium is the body that controls and approves universal software standards for letters and other characters.

The new images, which will add to the 1,601 already in existence, add a number of long-requested symbols. Clowns, shrugs, facepalms and pregnant women are also all catered for, as are gorillas, rhinos, owls and sharks. On the food front, croissants, pancakes and bacon all make it onto the new roster.

Although these will be adopted by Unicode in June, smartphone users will have to wait for an update from their manufacturer.

The new emoji seem to follow the same themes as popular emoji already in use, from facial expressions to hand symbols, animals and food. A significant new roster of sports and medal-style glyphs is also coming just in time for the Rio Olympics.

A selfie emoji, featuring an outstretched arm and phone, is also being introduced.

Which one of these new emojis do you find the most interesting?