All 201 Episodes of The Office Will Play Out on Slack 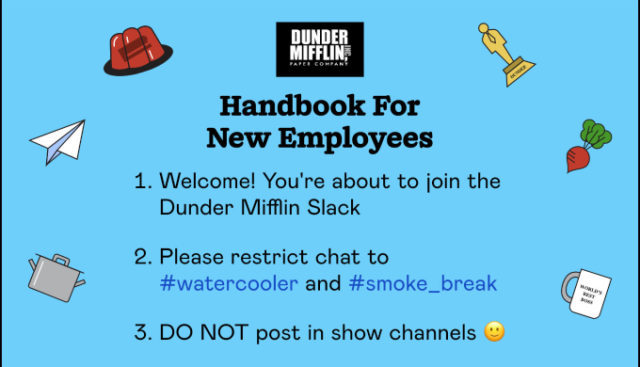 It has been seven years since the acclaimed NBC show The Office concluded. While the show has become a go-to on Netflix for many, creative agency MSCHF is adapting the show for Slack. Yes, Slack.

As reported by Mashable, MSCHF is recreating the show on a Slack channel. All 201 episodes will play out through messages. Every weekday from 9 am to 5 pm EST, improv players will take the roles of the show’s pivotal characters and “act out” the dialogue.

Like many great comedy shows, The Office not only executed on brilliant visual gags, but also hilarious dialogue exchanges between characters. Adapting the show for a Slack channel may not be the easiest project, but MSCHF has a few tricks up their sleeves. In order to capture a lot of the magic, the improv players will use gifs and other tools within Slack to land the jokes. 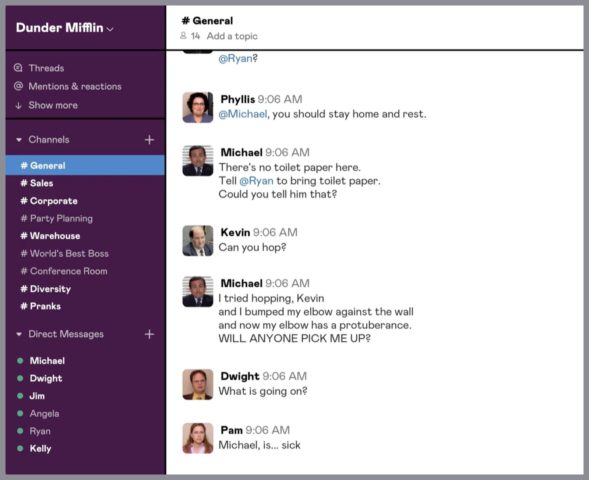 The Office aired between 2005 and 2013, just before the introduction of Slack. Daniel Greenberg, head of strategy at MSCHF, said: “The nature of work and office culture has changed so much since the show aired (a lot of which is centered around the way we use technologies now, and that shaped the way we relate to our coworkers) so this is really cool.”

Everyone is welcome to join the Slack channel. MSCHF asks that all chat remains in the #watercooler and #smoke_break channel as to not disrupt the flow of the “episodes”. Moderators will be in place to handle trolls and disruptions.

Seeing as though Slack has become an essential part of the workflow in many companies, it’s nice to see a group of creatives think outside the box.